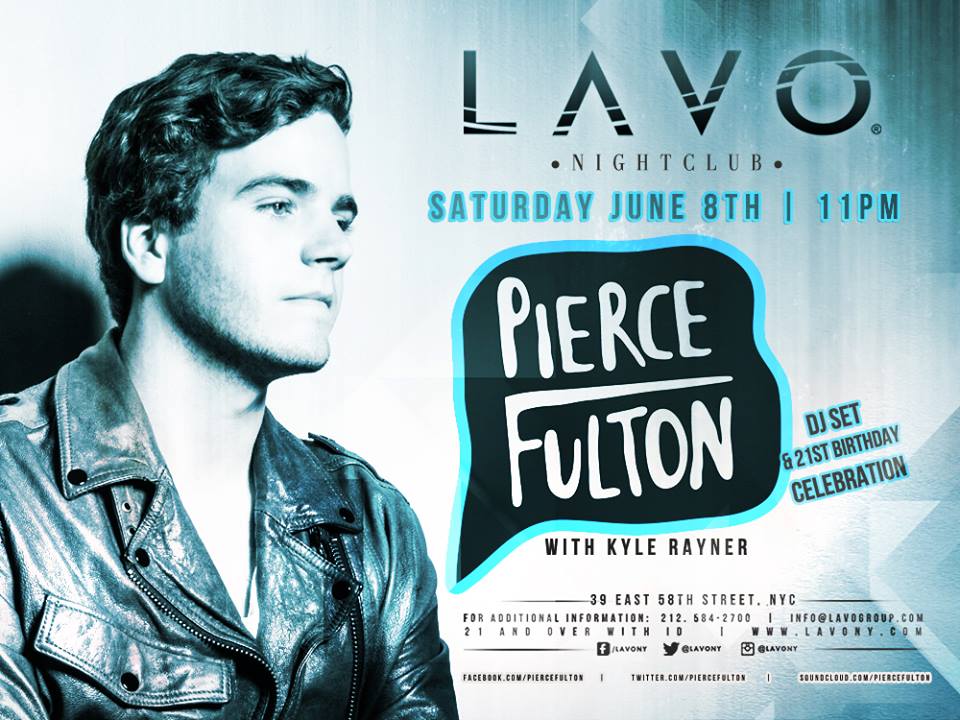 This Saturday night Pierce Fulton will be celebrating his 21st birthday at the famed Lavo nightclub in New York City. The New England native can now say ‘Get Drunk’ as opposed to ‘Get Weird’. His versatility as a producer is unmatched and you know you want to be there to see Pierce showcase his skills on Saturday night. Garnishing support from such acts as Dada Life, Tiësto and Above & Beyond, this kid is no joke. His monthly ‘Get Weird’ podcast is featured on Tiësto’s SiriusXM channel, Club Life Radio where he never disappoints in mixing up his tracks in his own unique way. Recent hits include his collab with Maor Levi ‘Wanna Be’ , and his remix to Dada Life’s ‘Boing Clash Boom’.

We can only imagine what’s going to happen on Saturday night. Lavo holds one of the best sound systems in all of New York City, and their fog machines are absolutely incredible. Mixing Pierce Fulton and this calls for an incredible experience. We will be there partying all night with Pierce and you can still grab tickets here!

For those who are unaware, this track is a remake of the 1983 classic by Chaka Khan. If you don’t know who Chaka Khan,…