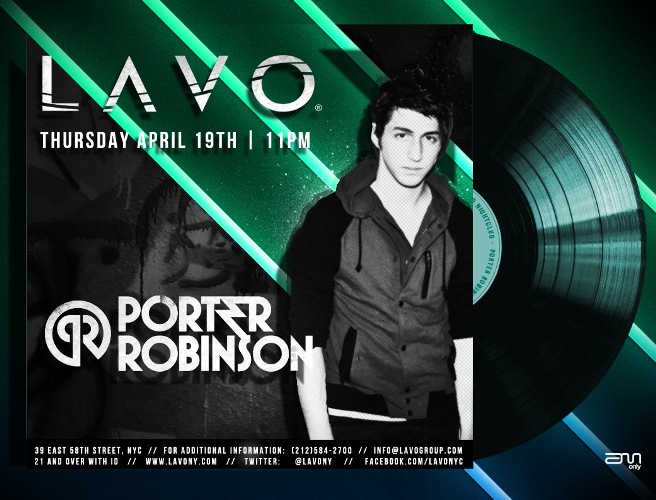 So, you’re not at Coachella – so what! Porter Robinson is making his Lavo debut Thursday, followed by a return of legend Bob Sinclar to the decks.

Porter is hot hot hot these days, coming off very successful performances at Ultra and Coachella. Porter walks a fine line between melodic trance and banging electro, as exhibited in his latest release ‘Language‘ which has come off to great acclaim, including play from Pete Tong during his Essential Selection.

Bob Sinclar needs little introduction – the last time he was at Lavo the place was on fire for many, many hours. So don’t miss that one and why should you, it will be the weekend already! That is, unless you partied too hard with Porter the night before.

The Grammy awards are on tonight, and although this awards show is not usually associated with the electronic music genre, there are some very…