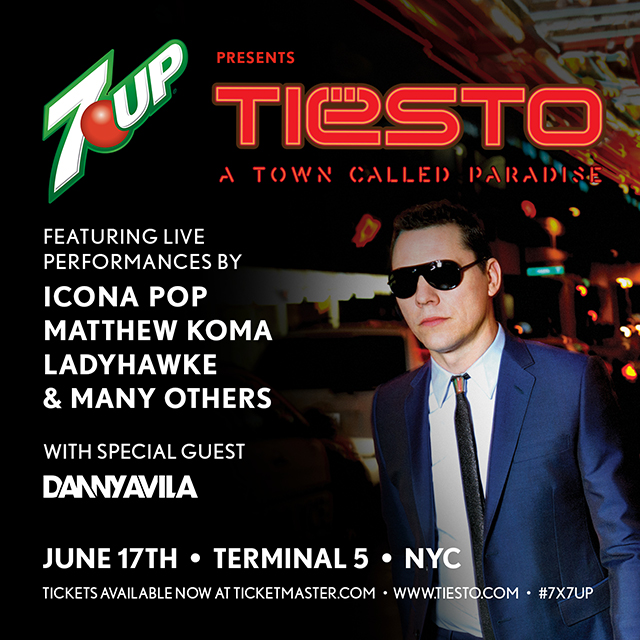 It all happened so quickly. Tiesto’s team announced that he would be spinning at Terminal 5. Then the first round of tickets went on sale. And just like that they sold out. If you weren’t quick to the draw, and glued to your computer you probably had no idea this even took place. No need to beat yourself up over it though; It is almost certain that a second, and possibly third round of tickets will be going on sale. Stay tuned to Tiesto’s social media for the most up to date information on the next release (Twitter/Facebook), or keep checking in with the link below.

The event, taking place on Tuesday, June 17th, is an album release party celebrating Tiesto’s new artist album, A Town Called Paradise. Live vocals will assist the guest of honor throughout the night, showcasing the many talents featured on his album. Icona Pop, Matthew Koma and Ladyhawke just to name a few, and a Danny Avila as the special guest.

Earlier this year, we announced that Bassnectar aka Lorin Ashton would be going on tour to promote his newest album ‘VAVA VOOM’. Sadly, he…