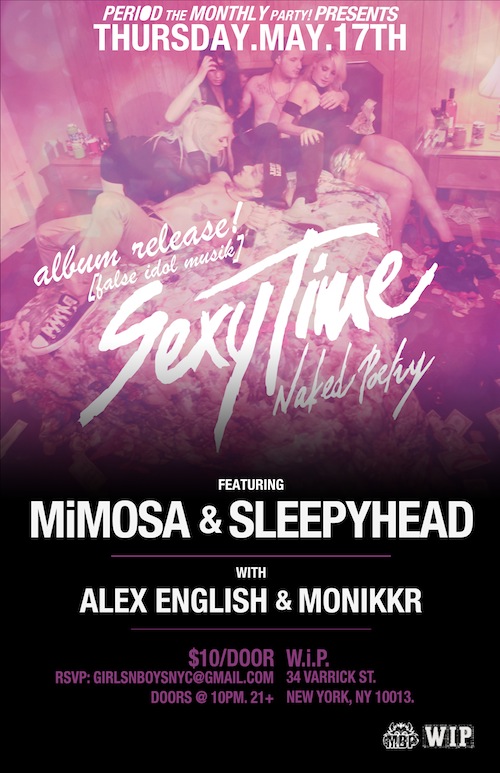 Tonight SexyTime, the east-meets-west collaborative project between California purple producer MiMosa and Brooklyn-based Sleepyhead, are holding their official album release party for their debut EP ‘Naked Poetry’. The EP was released on False Idol Musik on April 20 and has been gaining a lot of support. It covers an incredibly wide spectrum of EDM as a whole, featuring dubstep, glitch hop, hip hop, purple, and more.
If you’ve ever been to either artists’ live shows, you already know you’re in for a treat tonight. They have an inexplicable energy during performance, not to mention an epic light show.

It’s all going down at W.I.P. from 10pm-4am and is $10 with RSVP (girlsnboysnyc@gmail.com). Rounding out the bill are Monikkr and Girls & Boys resident DJ Alex English. Don’t forget to support SexyTime and buy their EP!

The Sound Of Garuda: Chapter 2 Mixed By Gareth Emery