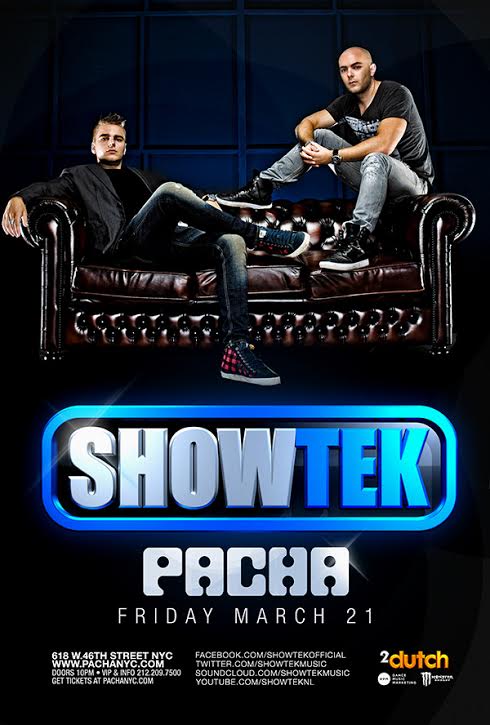 The mega-star dutch duo and brothers Showtek will be making an appearance at Pacha on Friday, March 21st and it will be one for the books. They had a huge 2013, with hits like ‘We Like To Party’, ‘Cannonball’, and ‘Booyah’, just to name a few. Every one of their tracks hits the Beatport top 10, and they are HUGE in clubs throughout the world. Arguably, Showtek had the best 2013 out of any producer, and surely will show New York why. With Pacha’s incredible sound system, it’s about to get real intense on the dance floor. These guys really bring it to each and every show, and it’s going to be one of the best nights that Pacha has seen a while. We will be there, and hope to see you!

P.S – Some of you may not know that Showtek used to be a hard-style duo, now strictly Electro House. Who would have thought?

What we can’t wait to hear:

The Weekend Beat introduces you the best electronic nightlife events in NYC. Start your weekends here at Electronica Oasis! We have a special 4th…