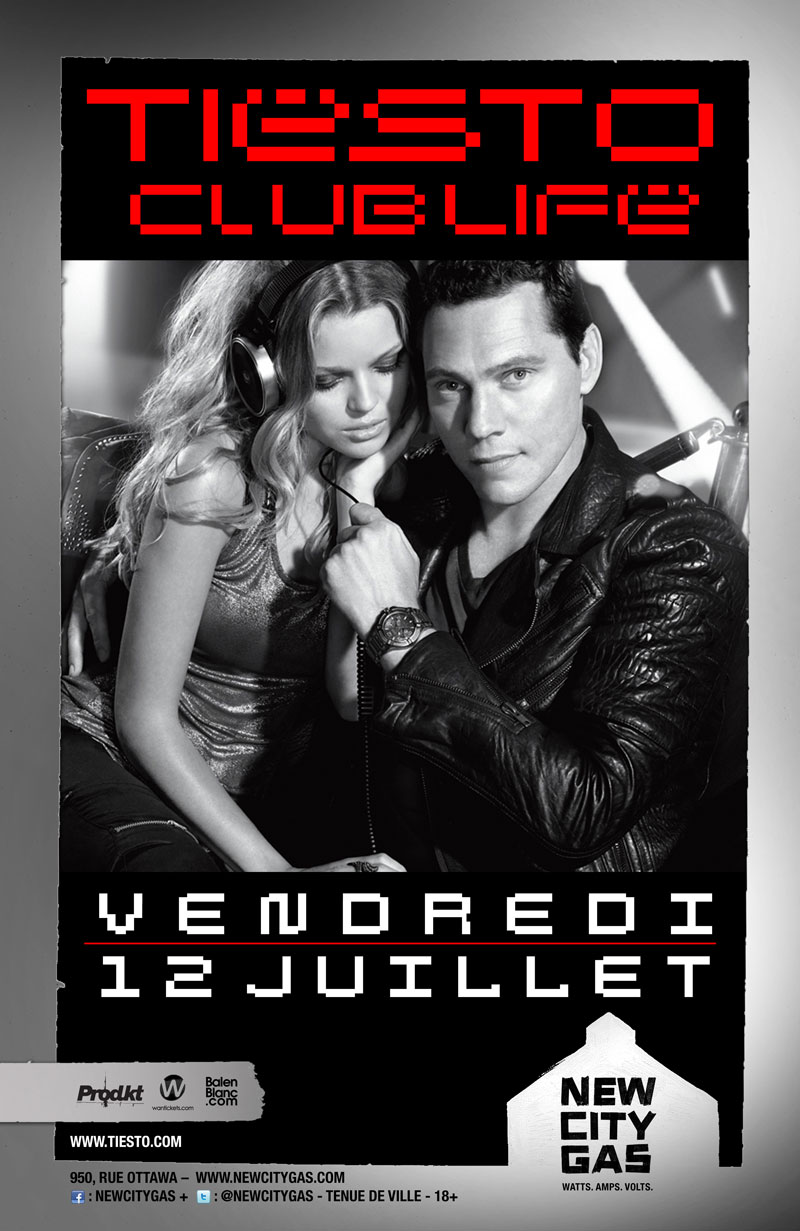 In just a few weekends Electronica Oasis, via DefSweet, will be road tripping to Montreal to spend a long weekend on vacation. How does this relate to electronic music, and you, the reader? It doesn’t really, or at least we didn’t think so. At first. Then we remembered that one of the most famous clubs in the electronic music industry is located right in downtown Montreal: New City Gas.

Since we started planning our trip months ago, we’ve been stalking New City Gas’s schedule, waiting for them to announce the next mammoth artist to grace their stage. For weeks we waited patiently, and for weeks they made no announcements. We began to grow impatient, so we stopped checking as frequently. After letting a couple weeks go by, we decided to check one more time, and the result couldn’t have been more glorious. Tiesto!

We’ll start by saying if you don’t know who Tiesto is, LOL! No, but seriously, the man’s popularity began to rise in the early 2000’s, and hes been on 12-year hot streak ever since. More recently, he is getting ready to release the third installation of the Club Life series, Stockholm, which comes out on June 18th. The album comes with 16 tracks, 11 of which Tiesto is given either artist or remixer credit; compared to the six and nine tracks Tiesto was credited for on volumes one and two respectively. He got his hands dirty in the studio creating this LP, and you can hear it.

To many, Tiesto is the best, and it’s just that simple. He performed at the opening ceremony of the Olympics, and was the first DJ to be ranked #1 three years in a row by DJ Mag. He’d be on Mount Rushmore, or in Cooperstown, if either were dedicated to electronic music. He raked in $22 million in 2012 according to Forbes, and has a net worth of $75 million according to CelebrityNetWorth.com. Not to mention, if you ask our friend James, he’ll tell you he’s God.

We can’t wait for this show, and though many of you won’t be traveling to Montreal the weekend of July 12th, if you happen to be in town, or if you’re lucky enough to live in one of the most beautiful cities in North America, go to this show. New City Gas is one of the most legendary venues in the world. Tiesto is one of the most, if not the most famous DJ on the planet. What more can you ask for? Tickets go on sale Thursday, June 13, 2013 at 12:00pm. We did our research, and if the ticket prices of the other shows at New City Gas are any indication of how much tickets for Tiesto are going to cost, we’re all going to be fortunate.