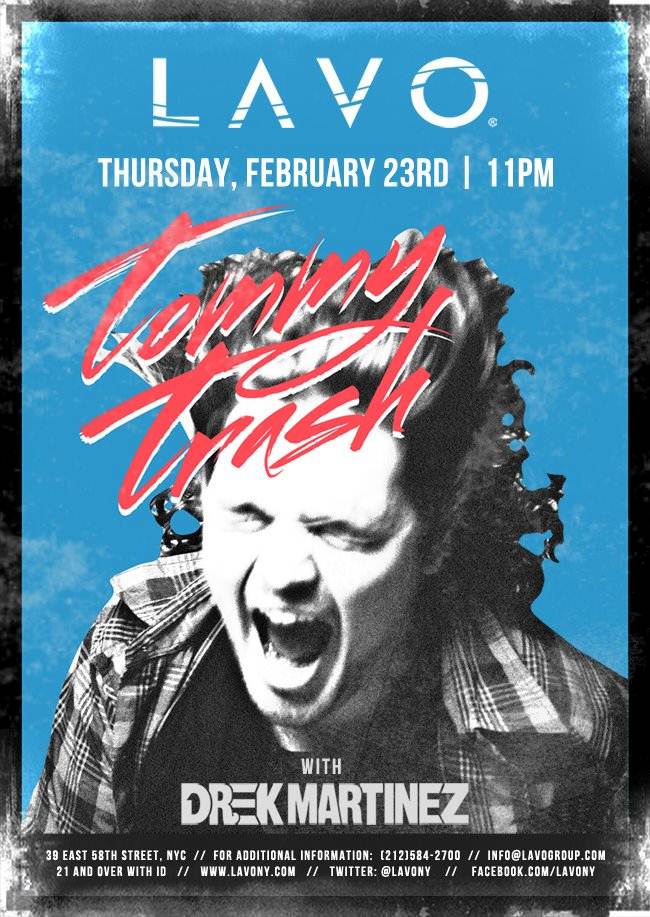 If you haven’t heard of Tommy Trash, that means you’re not reading enough, because EO named this Aussie one of the Most Anticipated Artists of 2012, along with giving ‘The End‘ a spot on the Top 25 Tracks of 2011.

Tommy came out strong in 2012, releasing remixes of Chris Lake – Build Up and Steve Aoki ft. Wynter Gordon â€“ Ladi Dadi, amongst others. EO HQ much prefers Tommy’s remix of ‘Antidote‘ to the original – which brings his signature instrumental treatment to the originally straight electro SHM edit.

Tonight don’t NOT check out Tommy as he brings his down under style to Midtown at NYC’s famed electro den Lavo!

This track just made the beginning of my 3 day weekend tenfold better. Very nice drums and an unbelievably catchy xylophone melody make this…