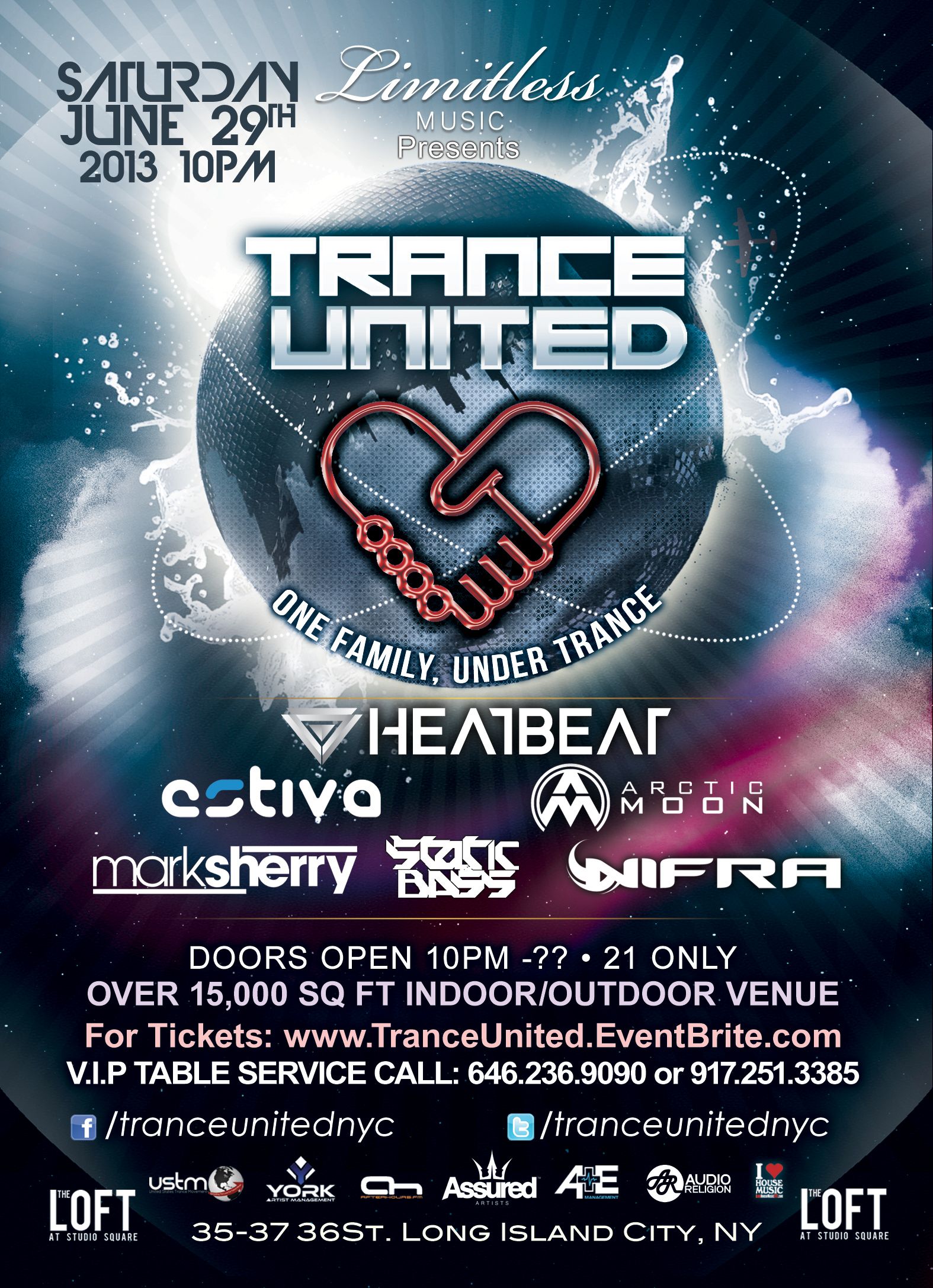 This Saturday in Long Island City, Queens trance music is being taken to a whole new level with the event Trance United. When seeing the name of the show some people right off the bat are probably thinking that the biggest names in trance music, such as Armin Van Buuren and Sander Van Doorn and so on are all playing, but no. This is a whole different type of trance music, mainly known for its 138 beats per minute. This music is almost a combination of trance and tech house. It may even make sense to say “underground tech.” There will be no huge build ups with major drops like electro, nor will there be any crazy noises or head banging like dub step, and there will definitely not be “Le7els” types.

Trance United is not for the weak hearted or beginners at all. It is going to be a shufflers paradise, and a trance heads dream. We often say to our friends that the rapid pace of the beats goes hand-in-hand with the G forces that astronauts feel while blasting off into space. 138 bpms are for people that know, and love, all subgenres of electronic music (even the ones that barely get recognition). This type of trance has been getting some recognition due to Armin Van Buuren’s song “Who’s Afraid of 138?” off his new album Intense. Although, DJs like Heatbeat, two Argentinean DJs, have been making/playing this type of trance since 2006 with popular songs like “Paradise Garage”, “Ask The Angels”, “Roses Never Cry” and their most recent track “Game Over”. Also in attendance will be Artic Moon, Astiva, and Static & Bass, who actually just played a set at EDC NYC.

So if you truly love trance, and all it has to offer, and you aren’t afraid of G forces and astronauts, I highly recommend coming out to Queens to partake in some of the best music you will hear in a long time. And by the way, it’s a 21-and-older, which tends to make every party better.

When I arrived at Santos Party House on Saturday just after midnight, the usually deserted Chinatown street was mobbed with young people vying to…