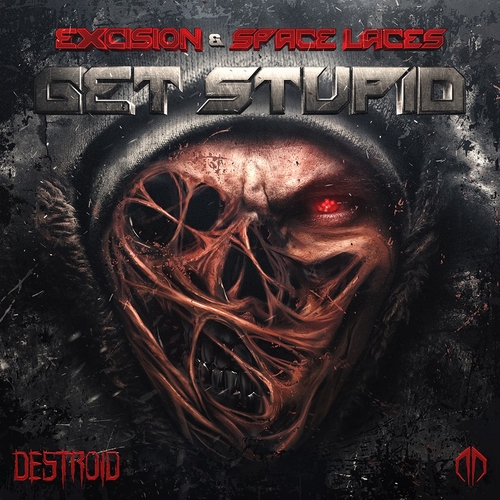 Earlier this year, Excision formed a project with Downlink and KJ Sawka known as Destroid. This ambitious venture was the first live dubstep band. Yes you read that right, a band. These masters of bass actually play live dubstep on instruments (with the help of Ableton). They quickly released an amazing first album to much critical acclaim. Now, Excision and Space Laces are back with an addendum to the original ten tracks: Get Stupid.

‘Get Stupid’ is quite an appropriate name for this track. It perfectly sums up the intent and mood conjured up by this phenomenal track. Destroid also shows their willingness to blur the lines between the non-‘mainstream’ EDM genres, with a filthy hardstyle drop. If this track leaves you begging for more, you’ll be extremely happy to know that Destroid is playing in NYC on December 7th, so get tickets here .