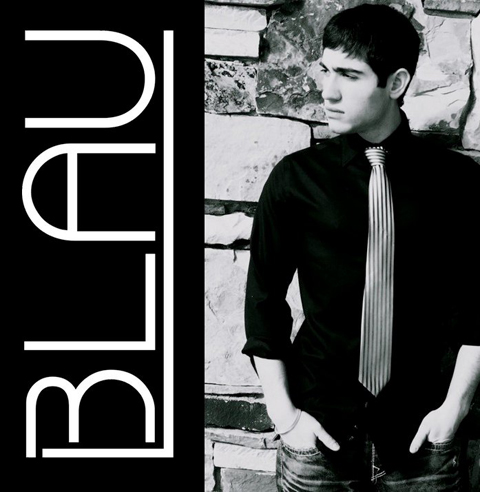 3LAU is a Mashup/Remix and House producer from Las Vegas, Nevada. As a college student currently studying finance at Washington University in St.Louis, 3LAU began producing dance music just a short while ago, shifting from his shoegaze artistry under the alias Glimpse (more on that later) to producing massive bootlegs, most notably ‘Girls Who Save the World,’Yacht Week in America,’ and ‘All Night Long‘ and is currently the resident DJ for fratmusic.com. Make sure to also check out his most recent mashup ‘Inspired by Rehab‘ a tribute to Amy Winehouse featuring Cee Lo Green.

Girls Who Save The World by 3LAU

Yacht Week In America by 3LAU

After the jump , the full interview!

Electronica Oasis: First off, I am always interested to see the last song played on oneâ€™s ipod, what was yours?

3LAU: Radiohead’s All I Need, it’s a deep thought song, and let me tell you, there have been deep thoughts lately.

Electronica Oasis: Haha, do these deep thoughts have anything to do with your current conflict of music vs finance? (check out this article in Business Insider) It can’t be an easy decision with your recent meteoric rise in popularity. How did it all start? Any tips for the aspiring producers on how to get noticed?

3LAU: Haha glad that’s how you describe it! I like “meteoric.” Honestly I was home for 3 weeks before I started my internship this summer and I told myself, if there’s ever a time, this is the time to crack down and make music. I started working on originals and mashes all at once, didn’t sleep (literally stayed up for 40 hours between making ‘Girls Who Save The World’ and ‘All Night Long’ back to back); that played a huge role. I was honestly also shameless when it came to promoting to blogs, and thanks to The Kollection I was really able to take off. Brian (Brian Lovin, who is the founder/owner of The Kollection) was the first to give me the time of day as a small artist. It took a lot of relentless emailing and messaging, but once something caught it seemed to have spread an essence of cred, if you know what I mean. Deep thoughts indeed, as of now there wonâ€™t be a conflict, but moving into the future Iâ€™m going to have some decisions to make, both take extreme dedication and Iâ€™m extremely passionate for either.

EO: How awesome is Turntable.fm? Weâ€™ve have seen you hanging out in there and heard your bootlegs played often. Did it have any role in your recent rise?

3LAU: It is probably the most significant development in music since digital media / itunes. It’s the most interactive way to share music with friends, and it has become a social music platform above just a dance/traditional DJ oriented music site. Every single one of the music enthusiasts who have interacted with me or my music have played a gigantic role on helping me to promote. Check this out: http://ttdashboard.com/search/?search=3lau&what=song

EO: Any chance you can come swing by the Electronica Oasis room sometime and play out those tracks?

3LAU: Absolutely, Iâ€™ll certainly swing by when I have the link. I usually try to trek around the rooms on ttfm, meet new people etc.

EO: Awesome! You can find our turntable room by clicking this link. Not only have we seen you on TT you also have been dubbed the fratmusic.com resident DJ. How awesome is that? How did you get that honor?

3LAU: Itâ€™s awesome! Iâ€™ve always wanted to share my taste in EDM with others outside of my circle of friends, but blog world wasnâ€™t for me. Fratmusic is really giving me an amazing opportunity to showcase my favorite new house and my favorite classics. The owner Nate picked up Girls Who Saved the World after it came out and weâ€™ve been in contact since; heâ€™s a really awesome guy and Iâ€™m extremely happy he gave me the opportunity.

EO: What is your favorite electronic genre and who are your favorite artists? What kind of influence do they have on your productions?

My influences are across such a wide variety of music, and the original work i’m on now is going to become a hybird, i’m really excited about it, post-progressive house I would call it.

EO: I love Vegas, but personally know that if I stayed there more than 4 days Iâ€™d get myself in to way too much trouble. What was it like growing up in Las Vegas? Did it have any influence on getting you into the electronic dance music scene ?

3LAU: My biggest influence in house was actually visiting Sweden; being under 21 in Vegas doesn’t help too much haha. Vegas was great though growing up, treated me very well, and a big shout out to my high school The Meadows, which had a significant role in my creative and academic development. Before house I mainly listened to pitchfork reviewed albums, indie, ambi, stuff like that, and then I realized that there is so much technique and definition put into house music, it’s often overlooked because of the consistent, less dynamic beat, but the dynamic nature of house lies in the precise sound design, from Afrojack’s dutch house slides to Avicii’s big room synth strings, these guys spend hours and hours perfecting their brand; it’s beautiful.

EO: Did you grow up playing / producing music? When did you actually start creating mashups and producing your own music?

3LAU: Believe it or not my first real mashup was in feb of 2011; I have however been producing for quite some time. I made a singer/songwriter style album when I was 18 under the alias glimpse that I recorded all on my own. That was a giant step in this direction, I do eventually want to return to that sound I was searching for (but didn’t quite find back then) maybe when the real money is there and I can afford a leave of absence from party bangers :-)

EO: What is your process for coming up with all your amazing mash-ups?

3LAU: I hear it, and I think Jared (kap slap) would say the same. It’s just like a process where you hear the initial two song pair, and then build around it. The mash i’m most proud of though is turbulent rock anthem, because the work Jared and I did with that is (in my humble opinion) much unlike any other mashup to the point where it took a lot of our own creative workings, outside of the original mixes; if only you could see the project file hahahaha.

EO UPDATE: We happened to find a screenshot for everyone to see. CLICK HERE to check it out. Make sure to actually click on the picture when you click through to see it full size!

EO: You mentioned Jared a.k.a Kap Slap, how do you meet him and start working with him on â€˜Turbulent Rock Anthemâ€™?

3LAU: He was my favorite artist in the game going into it, and I thought he was relatively under appreciated for his talent. I met him when he had about 1800 likes on facebookâ€¦now look haha. We decided a collab would be a great way to mesh our skills and it definitely turned out positively. Tons of my friends have told me theyâ€™ve heard TRA spun in clubs, itâ€™s a cool feeling to have.

EO: Tell us what your future plans are? Any future DJ gigs we should know about? Any mash-ups that you are working on?

3LAU: Working on a HUGE original that I can’t wait to release, it’s a original with 5 different acapellas overlying it so kind of like a remix mash, I’m really excited about it, definitely on the banger side moreso than the beautiful big room house side. Gig wise, my fall tour is booking up quicker than I could imagine, while I only have like 5-6 gigs posted there are at least 20 other requests in that we’re dealing with right now!

EO: Awesome Iâ€™ve been waiting to hear an original track from you.

3LAU: Can’t wait for you all to hear em. It’s a much different process, but I would never release anything that I didn’t think could be bumped in a reputable club you know? It’s not my style.

EO: Great to hear. Thanks for the interview!

I know what you are thinking (and I thought it too) – Marilyn Manson?!?! Strange as it sounds, the boys of Dirtyphonics have taken…