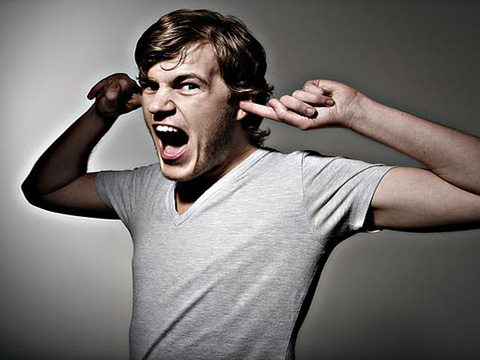 Bart van der Meer, AKA Bart B More, has quickly become one of the brightest new stars in the international electronic music scene. He has consistently been crafting dancefloor destroyers that have received massive support from prominent DJâ€™s around the world. With huge club bangers like ‘Brap!’ ‘Drop Acid’ and his massive remix of Cee Lo Green’s ‘F*ck You’ there is no question as to why he is making a name for himself as yet another Dutch DJ legend.

Make sure to go out and support Bart B More’s brand new EP which just dropped today on Beatport (Click Here). Bart will also be at Pacha NYC this Friday, January 28th with Dada Life and the entire Electronica Oasis crew. You can buy tickets here. And now check out this exclusive interview with Bart after the jump.

Electronica Oasis: To start off . . .If you press play right now on your ipod what are we listening to?

Bart B More: Ratatat – Cherry â€¦ it was part of my sunday night chill out session haha

EO: Whatâ€™s the best part of being a DJ? The worst?

Bart: When people are enjoying themselves and having a good time to your music, that’s the best part. The worst part is the lack of sleep.

EO: Ok, so now letâ€™s dive into some other questions about B-More and whatâ€™s been going on recently. How did you come up with your DJ name, we know you are not from BaltiMore?

Bart: My last name is van der Meer, and ‘Meer’ means ‘More’ in dutch. The B more stands for the drive I have to bring a little bit more with my music, according to Laidback Luke who actually made up this name for me.

EO: How did you come to meet up with Laidback Luke? Are you two going to collaborate anytime soon?

Bart: I used to hang out on Luke’s internet forum where he helps new talent with tips and suggestions. He liked the demo’s I send him and he’s been helping and supporting ever since. It would be really cool to work on a collab some day, but unfortunately with our hectic schedule’s our paths haven’t crossed yet.

EO: Who are your biggest influences?

Bart:It would be unfair to name just a few. I find inspiration in lots of different kinds of music. My new EP that’s out on january 25th is heavily influenced by a Green Velvet track and ironically will be released on his label.

EO: You have such a distinct sound. Many producers envy your tracks due to the fact that they are mastered perfectly.How did your sound develop over the years and how do you get your songs to sound so good? Can you reveal your mastering techniques?

Bart: Thanks! I’ve learned a lot from my mentors Chocolate Puma. They actually explain a lot of their tips and techniques on their website, so you should definitely check that out. In nerd talk I work a lot with busses, group everything and master everything separately. If all the separate parts sound really good it will all sound good together.

EO: Brap! is such a big time tune that shook crowds around the world this summer. Not your standard ‘house’ track, so howâ€™d you come about making this production.

Bart: I made it in a delirious jet laggy mindstate just coming back after WMC in Miami last year. I got the idea on the plane back and made it in the days after.

EO: Based on your video from your USA tour, looks like you and your crew had a hell of a time. What are some of your highlights from that tour? Any ridiculous stories?

Bart: One of the highlights of that tour was definitely playing in front of a huge crowd at EDC in LA. It was really impressive! I’ll also never forget the show in New York, playing a stage on governors island seeing the sun go down over Manhattan. Quite a nice scenery haha. In El Paso we stayed up after the show to see Holland beat Brazil in the world cup football at 7AM in the morning. We were screaming and jumping around I think we woke up quite a few people in that hotel.

EO: Your collaboration with Dem slackers has really started to grow, from your ‘less go’ remix to your recent live performance in Noorderslag, Groningen with Dem Slackers and new tune ‘Ooh La La” . Whatâ€™s it like to work and perform with DS? Anything in the future you can elaborate on?

Bart: Well I see a lot of talent and potential in Kevin (Dem Slackers). He only just turned 19 and he’s already produced tracks that are being played by a big variety of dj’s. It’s nice to work with someone who comes up with fresh idea’s and hopefully I can help him out with the knowledge I build up over the years. We also both live in the city of Utrecht so it’s easy to work on stuff together. We just made the track ‘Ooh La La’ and we’ll hopefully work on some more stuff in the future.

EO: Lot of Bart B More Remixes are available to the public, should we expecting some more original productions in the near future?

Bart: Yes my new EP is just about to drop on Relief records (January 25) and I just recently finished a few demo’s. I’m gonna let them sink in for a bit before I decide what I’m going to release. (EO Note: Click to Download – it just dropped!)

EO: What has been your favorite show to date?

Bart: Haha it’s impossible to name just one show. I’ve been doing this for quite some time now and I’m happy to say I’ve had a lot of great experiences on different sides of the world.

EO: So speaking of shows, all of the guys here from Electronic Oasis are from NYC and will all be at Pacha ready to rage when you come on the 28th. What do you have in store for all us New Yorkers? Whatâ€™s your favorite track to play live that will get the crowd going, something hard maximalist electro or something dutch house.

Bart: I might play a few of those demo’s to see how NYC reacts to them haha. I always play a lot of my own music, so expect a mix between old and new bart b more tracks mixed with my favorite house/electro/techno records of the moment. The reaction to my new remix for TAI has been insane, that’s one of my favorite tracks to play out at the moment.

EO: Dada Life will also be playing, have you played with them before? Are you going to be eating bananas behind the DJ booth like those two?

Bart: Yeah I’m looking forward to it! I played a few shows with them and it’s always a good time! They’re funny guys and always nice to hang out with, plus there’s indeed always banana’s and champagne around, so i’ll be having a good time for sure!

EO: Thanks for your time Bart. See you at Pacha on the 28th!

Bart: No problem, see you guys there!

Want to find out more about Bart B More?

If you’re stuck for plans Saturday night, look no further than Alex Kenji at Santos Party House. The exclusive act is coming to one…