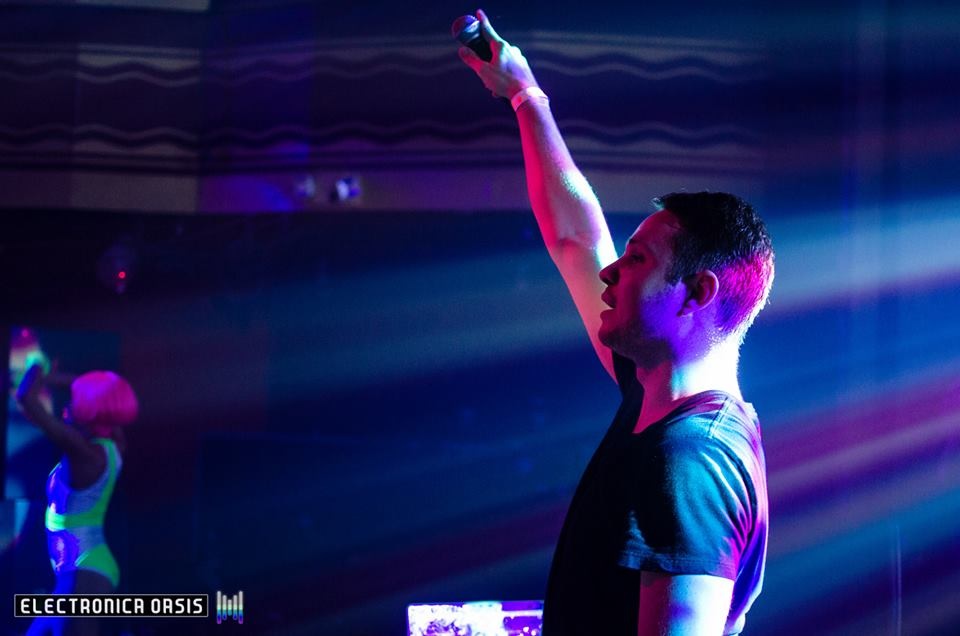 Electronica Oasis had the pleasure of sitting down with American DJ and music producer John Borger, better known by his stage name BORGEOUS. Following the success of two back-to-back number one tracks on Beatport, Borgeous discusses his rise to fame, the making of ‘Tsunami’, his experience touring in Asia and his hopes for his latest release ‘Invincible’.

ELECTRONICA OASIS: In regards to ‘Tsunami’, when did you know the track was going to be a hit?

BORGEOUS: While making it, I had no idea. I don’t think anyone who makes a song is making it knowing it is going to be a huge hit. I think I started to realize it once people started to play it… and it started picking it up on social media and I started realizing that it was going to be a pretty big song. And then, the label and my manager were telling me that it was going to be huge, which was amazing. I was fairly new to everything so I didn’t grasp the concept yet.

EO: What DJ were you most excited to hear play one of your tracks?

BORGEOUS: I think the first track I heard people play was ‘Tsunami’ and the video that circulated was Hardwell. And of course, Sander Van Doorn was playing it because it was coming out on his label. And then Dimitri Vegas & Like Mike video came out for Tomorrowland and it was in that video, so that was huge. So seeing Hardwell, Sander Van Doorn and Dimitri Vegas & Like Mike play your song was pretty crazy… in front of so many people.

EO: What did you do when you found out they actually played your track?

BORGEOUS: I was just sitting at my computer like WOW, you know? Every morning was like Christmas. I just woke up every morning asking what was happening next. I am not one to sit and celebrate one thing- I have never been that way. I am almost too hard on myself. I drive my manager crazy because I am always looking towards the next thing. I don’t think I have ever gone out with my friends and celebrated ever. I am extremely focused.

EO: The vocal chops in ‘Tsunami’ are a real attention grabber – you immediately know what’s coming. How did you decide to use those vocals and where did the name ‘Tsunami’ come from?

BORGEOUS: That was actually Alex’s voice. Alex sings a lot on other tracks… him and DVBBS sing a lot on other tracks. So he just went in the booth and sung it and we chopped it from there. ‘Tsunami’ the name was a group thing. I would say Alex and Chris picked the idea first for it and i was like “what do you mean?’ but then we all decided to go for it.

EO: How does it feel to have back-to-back releases on Spinnin’ Records?

BORGEOUS: To have back-to-back releases go number one was crazy. Tsunami went to number one and then stayed at number one for 2-3 weeks and then was in the Top 10 for over a month. ‘Stampede’ hit number one for a little bit and then was in the Top 10 for a few weeks. It felt great. Major Lazer and P.A.F.F. are doing the official remix for ‘Stampede’ and I heard already they are putting it in the Tomorrowworld video so that’s going to be a really big release. Yeah man, it felt great…to go from putting out Free Downloads to having two back to back number ones on Beatport… and ‘Tsunami’ which has been number one in The Netherlands for months. I am thinking and hoping that ‘Invincible’ will do well… it’s just like ‘Tsunami’ you don’t really know what can come of a song. But I feel like the vocals are very strong and it stands apart from everything else so I hope it can go really far.

EO: What was your experience touring in Asia? Many DJs tour in the US,Europe and Australia and you actually toured in Asia. How did the fans receive you and how did you feel the EDM culture in Asia, something many Americans don’t really know about?

BORGEOUS: Hong Kong was good because it was Halloween – it was crazy. Shanghai is very closed off, there’s no Facebook, YouTube or Twitter out there, so it’s a little different. Tokyo was a blast. It was fun – great energy. I haven’t had a chance to do Europe yet. I am playing a lot of shows in Europe and Australia, Macau and China… I am doing a bunch of huge shows in Germany and Ireland and everything like that, so I think I’ll get to experience really the over seas life in a couple months more and maybe have a better answer… but for China, it was fun…great shows and great energy. Hong Kong was a blast. Going off how big ‘Tsunami’ was in certain places, I feel like South Africa, The Netherlands, France and Austria will be big shows because the song was number one there on iTunes, so I think it will help with the perception there.

Borgeous’ track ‘Invincible’ is out now on Spinnin’ Records and available for purchase exclusively on iTunes!

ANTHEM ALERT! We might have 2013’s first unforgettable chart topper on our hands with the latest offering from Kindergarten Recordings. With Wolfgang Gartner‘s prodigy…