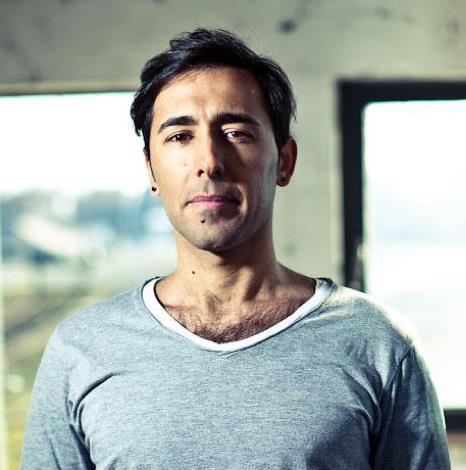 ‘Come to Butch‘ is this German producer/DJ’s tagline, and his music makes it hard not to gravitate towards him. That, along with the fact that he is a humble and intelligent guy who is in the game for the music. Unassuming, save for a visually arresting mustache, Butch, also known by his off stage name BÃ¼lent GÃ¼rler, started off as a graffiti artist prior to making and spinning records. Now with over a decade and a half of experience and over 500 releases, we are excited to see what’s next for the creator of chunky house, techno and experimental tunes. We sat down with Butch following his twilight set at NYC’s Black & White Festival this past Saturday, to get his feelings about the US underground scene, artists he has his eye on and beer (spoiler alert- he HATES it).

Is there a bigger audience for your brand of music now in the US?
I think it’s getting bigger, slowly but surely. But I don’t think it has to be big. It’s cool when it’s small, so it’s really underground then.

How’d you find the show today at the Black & White Festival?
Today was great, because of the weather I wasn’t expecting so many people, but I had fun. I thought that maybe playing after Derrick Carter people wouldn’t like me, but it went well so I’m happy.

What would you say has been the biggest track that has been going down in your sets recently?
Ha! I don’t always like with charts naming my own tracks, because if people but it, then I can’t play it anymore! I try to keep my tracks on the down low. One that works well is a remix I made with Sis from a track called ‘Foxy‘ that is from Jimi Hendrix, that works pretty well and people really like it, asking me what it is. It will be out soon I believe. I don’t deal with the managing and business stuff, I’m only making the music!

How was the season in Ibiza this year? Any one party really stand out to you?
Sankeys parties are going pretty well this year, it’s getting bigger and bigger. I think this year I had the best party at Sankeys.

At the moment do you think there’s a certain label that fits your style of music, that you prefer to release one?
I really like Hot Creations, from Jamie [Jones], and also Visionquest and because of this I have releases coming up on both of them.

Right, please tell us about your Hot Creations EP!
I made two special tracks with a friend named Benjamin Franklin, he’s a singer. We did one experimental track and one deep house track. I don’t know what to expect, or if people will like it or not. It’s going to be something different.

What’s up for releases on your own imprint, bouq?
The Sis EP will be out soon on bouq, I’m looking forward to that.

Are there any artists that you have discovered through releasing on bouq?
I discovered…wow my brain is on standby, I just came today from Germany and I waited forever at immigration. What was the question, right…I discovered, Spencer K. The other is Obando and, ah never mind I can’t say the other one…he will kill me.

You can’t tell me?
Ah okay, CrossNine Troll, they are two guys from Hungary they are really good.

So you’re from Germany, it’s Oktoberfest. Do you like beer?
No, I hate it! I just drank it once in my whole life.

Seriously!! So no Oktoberfest?
Blechhhh no way! I even hate to play in MÃ¼nchen when the thing is going on, it’s too crazy with too many drunk people during it.

Are you looking forward to coming to the States more?
Yes, I think I will get a visa and then I will be here more, maybe go on tour. It would make sense!