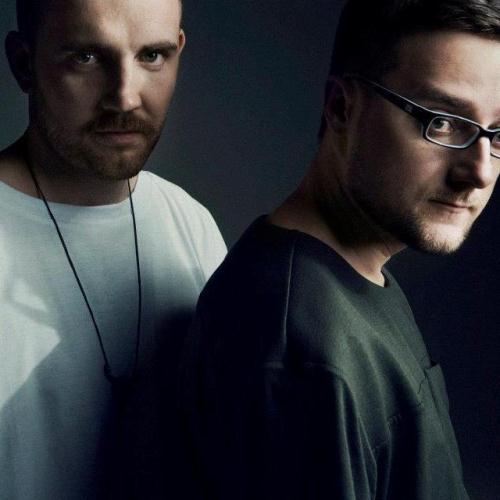 Poland may not be the first country that one thinks of in the context of house music, but natives catz n dogz (Greg & Voitek) are working to bring their country’s music to the forefront through their label Pets Recordings. As veritable veterans of the scene, the duo have gone through a musical evolution throughout their careers, consistently producing forward thinking techno in their past lives, and now deep house. Currently Greg and Voitek are in the midst of a North American tour, making a stop in New York thanks to the lauded Verboten and Fixed this Friday at Highline Ballroom, along with hitting up Boston, Philly and Mexico City this week.

“Do your thing and do it true.”

-On advice for young producers

It’s a busy week for the guys, as their Body Language Vol. 12 was finally released on Get Physical Music, and they proclaimed that ‘every track in this mix is very important and very personal for us. Don’t even know where to start…Schatrax, J. Antoni, Chez Damier, SLG Eats Everything, Justin Martin Music Page Atjazz Chmara Winter, Soul Clap Safeword, El_Txef_A, Till von Sein..’ so you know this is a heartfelt collection of music. Now click through to learn about the guys who make the magic happen…


First off – why Catz ‘n Dogz as your name, we generally think of the two species as being at odds!

We were looking for a new name after we decided to change it from 3 Channels. At this time Voitek got a dog and I got a cat and most of our friends are always saying that we argue like an old couple or a cat and a dog. Also, the name is more creative for us, we can play with it so we have Petcast, our label Pets etc.

Tell us, how did you organically work your way into the scene? What was your progression like?

I think since we discovered electronic music we were doing everything in that direction to be a part of it. We started to do our own parties in 2000 in our hometown Szczecin in Poland. The city is just an hour and a half from Berlin so we were able to invite a lot of cool DJs that were playing there who were also looking for another gig. We had our radio broadcast and we were working on music at home. In 2004 we released our first vinyl as 3 Channels on Trenton Records and after that we believed we could put out more records. We sat at home all days working on new productions. We sent demos to Crosstown Rebels and Trapez and they signed our next EPâ€™s and we were very happy. We started to play more outside Poland, we did few US tours and after a while Claude Von Stroke asked us for a remix. We remixed Whoâ€™s Afraid of Detroit and after that we released an EP on Dirtybird + we changed the name to Catz â€˜n Dogz.

We also got an opportunity to put out our first album on Dirtybirdâ€™s sub-label Mothership. I remember we were very scared, because we knew that making an album was a huge thing. We spent the whole year [working on it] and after that we were like â€˜no more albums for next 5 years,â€™ but of course we made another one and right now weâ€™re working on the third one for Dirtybird. Itâ€™s kind of addictive to be honest.

How is the scene in your native Poland? What is the genre of choice in the big clubs? Is it different from when you started out?

When we were starting the most popular music was Tech House and Minimal. Thatâ€™s why we also changed the name as we were inspired by this music and we were producing it, but we were also playing house and different electronic genres. 3 channels was tagged as a minimal act during this time.

Right now, of course, the most popular music style in the clubs is House music. The problem in Poland is that there are not many producers and not too many big clubs. However, the ones in Warsaw, Krakow, Sopot and Poznan are doing some great bookings. There are also some nice festivals with amazing lineups like Unsound, Audioriver, Tauron and Opener. Itâ€™s just more professional now and cubs have much better sound systems and gear that when we were starting.

Do you hope to bring more Polish artists to the forefront in the US now that house music is gaining popularity?

We hope so, weâ€™re trying to promote producers on our label. We have amazing stuff from SLG a guy from Lodz whoâ€™s one of the pioneers on the Polish scene. Chmara Winter is also making amazing music. Their second EP is just out and the guys are preparing an album for Pets. We also signed some new artists like Kixnare, Viadrina and we always have our ears open for new acts.

What is it like when you guys are DJing? Is it the standard 2 or 3 songs on, 2 or 3 songs off? Or is there more of a synergy going on?

We usually play back to back one track after another. Weâ€™ve been doing it for 8 years and itâ€™s always a lot of fun for us to play together and surprise each other. Sometimes we catch ourselves playing and not talking for two to three hours as if weâ€™re in a trance.

Weâ€™ve known Eric for a long time, we were always big fans of his Maetrik stuff. It was always well produced and we were playing most of the stuff. I remember we played a horrible party together in Tenerife and we didnâ€™t get paid so we went to the beach to have a drink and he showed us his new sound as Maceo Plex. We were playing it everywhere and it was huge. We also made a remix for him as Marie ITO and as 3 Channels.

Martin Dawson is our friend that we produce together in Berlin. Heâ€™s also working on an album for Pets. We play a lot of parties together and weâ€™re working on a new project with a completely different name. We like to collaborate with people with good musical taste like DOP, Claude Vonstroke, Monty Luke and Eats Everything. Thereâ€™s always something when you work together that will surprise you and teach you something new.

Tell us, do your techno roots inform your current creation of deep house?

Yes I think so, we donâ€™t like to do only one style of music. Usually we take some inspirations from different genres and we put them together. After the tour weâ€™re going to sit down in the studio and see which direction the album will go.

With regards to the influx of fans that have flocked to dance music, due you think your more upbeat brand of deep house will appeal to those wishing to escape the main stream?

I donâ€™t know. We werenâ€™t thinking about it. Mainstream right now is such crap that it even invites you to explore different styles.

Are there any artists you have your eye on from your A&R work with Pets Recordings?

Who else are you into right now? What labels are putting out consistently good dance music? Are there any producers that you would like to go out and see play? Or perhaps collaborate with?

Thereâ€™s a lot of good music so itâ€™s hard to say what is our favorite at the moment. For sure KRL productions, Hypercolour label, Eats Everything, Nikola Gala, DJ Nibc, Dachschund, the album of Blue Fields is very cool, Tycho, etcâ€¦

Hardwell gives this prog house track a little more of an electro feel that first reminds me of a Pryda track. Yet, it has…