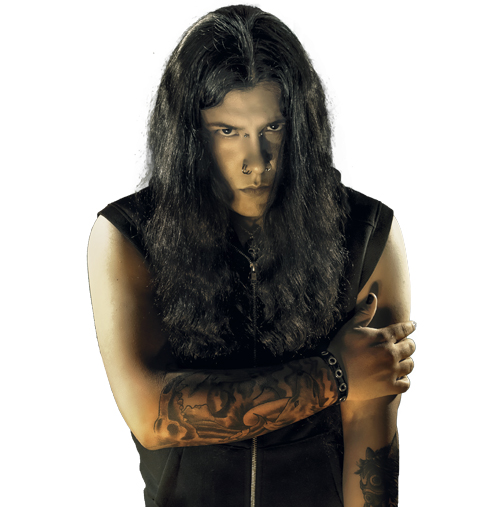 We’re excited to announce a brand new feature for Electronica Oasis! Each week we will showcase a different artist spanning across all genres with an exclusive interview, artist profile and an exclusive guest mix on our ‘Weekend Escapes‘ podcast To kick this off for us is Darksiderz, a hardstyle DJ who is part of Hard Dance Nation.

Electronica Oasis: First off, on behalf of Electronica Oasis, thank you for taking the time to chat with us! How has your association with Hard Dance Nation influenced your experience as an artist?

Darksiderz: Thank you so much for having me and featuring me on Electronica Oasis! Hard Dance Nation has really served as my home base in my career. They were the first company in the States to really push the hardstyle genre in shows around the country, and I was able to play some of those shows early in my career as Darksiderz. Now as a record label that looks to focus on American hard dance artists, HDN has been the platform to get my music out there. The support from HDN has been amazing.

EO: Only a few years ago, Q-dance coming to the states was an intangible idea, but now they are planning their fifth and sixth North American installment at Mysteryland in May and the Tomorrowland in September. What are your thoughts on the budding hardstyle movement in the USA?

Darksiderz: I am just as excited as everyone else is about it. A few years ago I wouldn’t have thought to see Q-Dance here or Insomniac featuring hardstyle with their Basscon brand, but here it is! I just hope this momentum continues and I am extremely happy to be a part of it all.

EO: What were your first experiences with hardstyle and what led you to pursue the genre?

Darksiderz: I remember hearing live sets from the likes of Lady Dana and The Prophet at shows like Qlimax and Sensation Black long before the Darksiderz project began. I knew right away that this was the sound I wanted to pursue. Hardstyle has some common features to the sorts of music that I grew up on like metal, hardcore, and dark-wave industrial. Also, hardstyle has a big focus on percussion and seeing as I grew up as a drummer, the genre was a perfect fit for me.

EO: Who would you consider some of your early music influences/heroes?

Darksiderz: I probably could list 1000 different names here! I am a music junkie and always have been. If I had to pinpoint a few I would say DJ Isaac for being an early pioneer of hardstyle and hardcore / gabber before it, VNV Nation for their industrial lyrical genius, and Rob Zombie for his showmanship.

EO: What can we expect from Darksiderz in the second half of 2014? What direction do you plan to take?

Darksiderz: I plan to continue pushing the limits of hardstyle and really developing my own sound. I love to genre bend and add elements of EVERYTHING from electro to DnB, or from trap to metal in my music. Although my prime focus is hardstyle, I still view the ideas of genres as a barrier to creativity. I don’t want to simply fit into the mold that everyone else is doing. I would rather use hardstyle as a basis for what I do, and then push the genre to places it hasn’t gone before.

EO: Since Darksiderz also used to be a group and not a solo act, how do you feel about the numerous break-ups that have occurred within the hardstyle genre (Noisecontrollers, Atmozfears, Toneshifterz, The R3belz, Bioweapon)? What differences in musical direction and production, if any, have occurred since Darksiderz became a solo act?

Darksiderz: Each of those groups made the decision that was best for them at the time and I am sure all for different reasons. It is not always as simple as different tastes in music direction. I suppose since the Darksiderz project became a solo act, I have been allowed a little more freedom to explore and genre bend like I was just mentioning before.

EO: Who is your favorite artist outside of the hard dance genre?

Darksiderz: Again I am a music junkie! I am not sure I can answer this question because there are too many names to pick one out.

EO: What are your top 3 favorite songs as of late?

EO: It was a pleasure talking to you!

Darksiderz: Thanks again for having me on Electronica Oasis!

Want to find out more about Darksiderz?

3LAU – How You Love Me (Official Music Video)

After fulfilling his lifelong dream of playing the main stage at EDC , 3LAU has released the official music video for ‘How You Love…