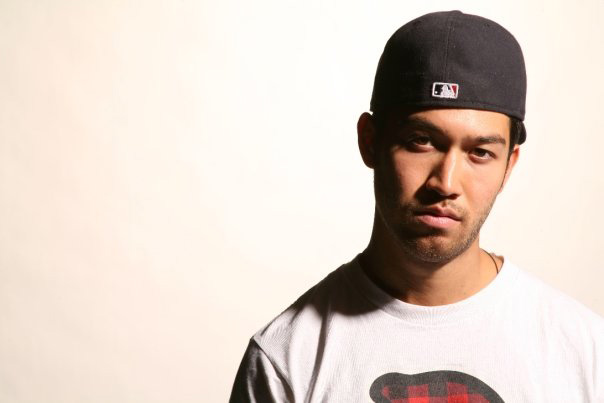 David Berrie is not just an outrageously talented bottle service DJ anymore, but he has recently ventured into the world of producing and the results have been pretty awesome. The man is extremely versatile; not only can he spin an open format DJ set better than most, but he can also produce tech house bangers and floor filling Â remixes. An impressive feat for a dude who once studied at Boston University. David was kind enough to thoroughly answer a bunch of questions for us on his way back from Detroit Electronic Music Festival 2011 (He said Art Department and Guti played the sickest sets). On a side note, our timing for posting this interview could not be better. David’s first Beatport release, ‘Underslang‘, just reached #18 on the Tech House chart. Have a listen to my favorite track from Mr. Berrie, ‘Aztek’ below, and click read more to hear about David playing his first club gig at 16, who his favorite artist is, and how he used to sneak into clubs!

EO: Where are you from originally and where do you currently reside? Where did you go to college?

DB: Hey thanks for having me! I grew up right across the GW Bridge in Englewood, NJ. Then I did a year at Boston University before I left to be back in New York. I didn’t finish school lol.

EO: There are rumors of you sneaking out of your house as a teen and playing gigs at smaller clubs in Manhattan…Cool as hell. How true is this?

DB: The first gig I had I was 16 at this club called Dorsia which was pretty amazing. It was hiphop/house club where I did the house shift and I had my mom drive me into the city to play.

EO: Who were your early house music influences, outside of Louie Vega and Danny Tenaglia? Who would you rush to see in your earlier DJ years and why?

DB: Back when I first started going to clubs I was as a whole just inspired by the scene. It was the atmosphere that was created in these early clubs like Limelight, Sound Factory, and Exit that really inspired me. I would take the 3 hour bus from my town into the city with my friend to sneak in.

EO: What has been your best gig to date and why?

DB: One of the best gigs was the festival Planetlove in Ireland. I remember getting there playing between Sidney Samson and Sander Kleinenberg. When I got on everyone left my arena, because no one knew me. So I was literally playing for about a couple people plus some sound engineers – it was very uncomfortable. Then a couple more people walked in and stayed and the crowd and vibe built. Someone told me Sander was late and I was to play an extra hour and now I had 3000
people rocking out not knowing who I was. It was amazing to get a huge crowd rocking like that and have that really special intimate feeling. It was priceless. There’s a video on youtube of it.

EO: Where do you currently hold residencies? Also, any big gigs coming up in the near future?

EO: Your recent remixes of Florence & The Machine and Ellie Goulding have gotten massive support from blogs and DJ’s alike. How have you evolved as a producer and where do you think you changed from a DJ to a DJ/Producer?

DB: Part of being a producer is experimenting with different sounds and directions. I enjoy doing that. I remix tracks I love, Attempt some big room, some underground. Its hard to express all the things that move you in you production, but I try to be versatile.

EO: How has your background as a classical trained musician helped you on the producing front?

DB: Technically speaking, it really hasn’t. I used to be forced to take piano lessons, and still I cannot play, but the basics of finding chords and melodies I can do.

EO: What is next for you? Any big collaborations coming up? I am sure there are a bunch of people dying to do a track with you!

DB: Have a couple collaborations with some vocalists and producer friends, but I’m primarily focusing on my own catalogue.

EO: If you could collaborate with one producer, who would it be and why?

DB: At the moment if I could collaborate with one producer I’d have to say techno star Gary Beck. His style confirms the production truth that less is more. You can hear his sound from a mile away and it drives harder than any producer out there right now.

All of us at Electronica Oasis want to thank David for providing some really insightful and inspiring answers! Check him out on Facebook and SoundCloud!