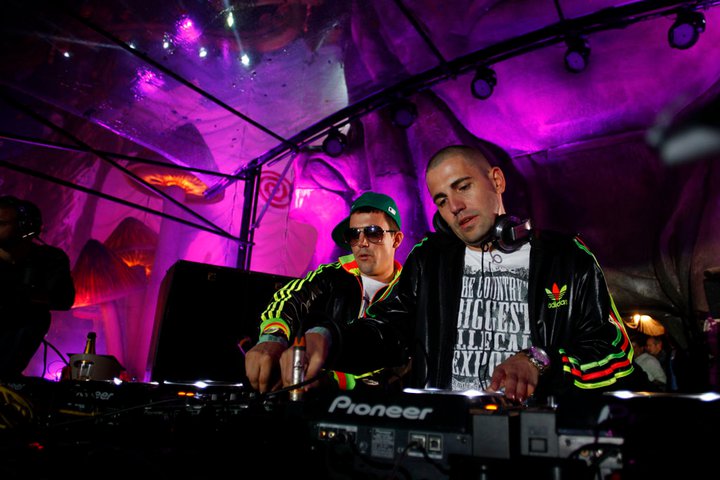 For brothers Dimitri Vegas & Like Mike beats are a family business. Both are experienced DJs and production partners who have been involved in the music scene since their teens. Their draw to EDM music isnâ€™t shocking â€“ the pair grew up just minutes from Tomorrowland in Belgium and later contributed local flavor to the festival’s yearly anthem in both 2010 and 2011. .

Dimitri starting DJing before he was able to go to clubs (even in Europe!) and Mike came from a hip-hop background. The brothers began producing together during a summer in Ibiza where Dimitri was working as a resident DJ at a hotel club, and Mike took on a promotions gig. But as they both agreed, Ibiza can change you and that summer sent them in a different direction.

The brothers are talented, have business acumen and understand what EDM fans want â€“ huge arena anthems that literally crush the crowd to smithereens. They know that their production inclinations are complimentary: Dimitri looks at tracks with a lofty musical perspective and Mike has the ear to recognize what will work as a big room hit.

In addition to their on-stage and production room personas, the brothers are now running a successful label under the auspices of Dutch powerhouse Spinnin’ Records, Smash the House, which recently had two massive releases in Wolfpack â€“ Rising Moon and yesterdayâ€™s Pedro Henriques Feat. Guisepe Viola â€“ Spread The Love. The two tracks show the breadth of Dimitri & Mikeâ€™s musical tastes, and we are excited to see what other young blood the brothers promote on their label.

Caught between the blizzards of Boston and an impending stop on the Groove Cruise (hello Bahamas!), the brothers had a chance to chat with us during a quick layover in NYC. Listen below to what they have to say about how they got their breaks, whatâ€™s the deal with their Tomorrowland anthem and advice they have for young producers hoping to make it. If you are lucky enough to live on the West Coast it is an imperative that you check out Dimitri & Mike as they support Steve Aoki on his Deadmeat tour March 9 -14, check HERE for the full schedule.

Avicii and John Dalhback come out with a great new progressive house track. The vocals are on point with Andi P and Avicii returns…