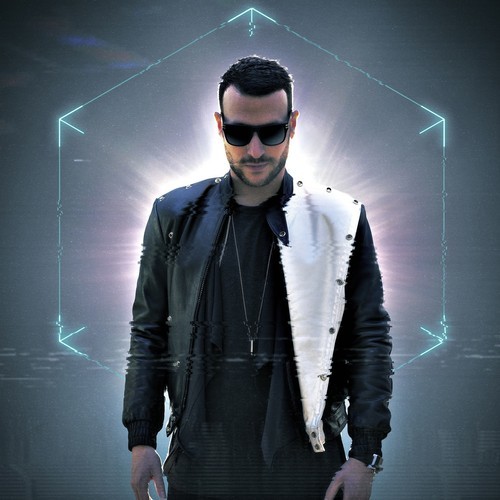 Don Diablo has been having an incredible 2013, the Dutch DJ/producer has been releasing hit after hit over the past few months with tracks like ‘Starlight’ and ‘Prototype’ taking over clubs and dance floors all over the world. Don’s track ‘Origins’ is the title track for the new Batman Arkham video game, he then announced that he would be doing a ‘Origins’ U.S mini-tour with stops in Boston, New York, Miami and Las Vegas. Don Diablo has been working non-stop and before he took off for the U.S. he unveiled his new ‘Hexagon’ visual show at this years Amsterdam Dance Event, Don teamed up with V-Squared for the visuals, the same people responsible for the production of Skrillex’s Cell and Krewella’s Volcano. Don Diablo has a lot planned for the upcoming future and he is definitely someone to keep an eye for 2014. Electronica Oasis was fortunate enough to catch up with Don Diablo to ask him about the recent Origins U.S. Tour, new tracks and what he has planned for 2014.

Electronica Oasis: How did the recent ‘Origins’ U.S. tour go and how was the show at Pacha?
Don Diablo: It was definitely the best U.S. tour I have done so far! Mainly because this has been such an great year release wise. It was amazing to see people react to all of my new tracks and to see so many of them bringing self-made fan items and signs. Pacha was definitely one of the highlights – a great club filled with a great crowd plus Steve Aoki & Borgore as special guests, need I say more?

EO: How exciting is it to have your new single “Origins” as the title track for the new Batman Arkham video game?
Don Diablo: Super exciting! I have always been a huge Batman fan and the reactions have been amazing so far. Great vibes all over!

EO: You also have your track “Edge of the Earth” as the title track for the Dutch wildlife documentary “The New Wilderness”, what was it like contributing to a film like that?
Don Diablo: It was a breath of fresh air to be honest. I visited the area where they filmed a few times and it was good to go back into the wild again. I have mainly seen studios, airports and hotel rooms these last few years, so it definitely grounded me and brought new inspirations that will carry on for a long time to come.

EO: You unveiled your Hexagon concept visuals at ADE, what’s it like to have a production like that to take on tour with the help of V-Squared?
Don Diablo: It’s quite heavy to be honest! It’s very different from just doing a DJ-set. You have to set up before the club opens and bring loads of extra equipment. All of a sudden there are a lot more factors to take in account, which makes it more stressful to perform, but also more gratifying when you pull it off.

EO: You’ve worked on a lot of predominant labels such as Columbia and Mad Decent, what’s it been like to work on Nicky Romero’s Protocol label and Axwell’s Axtone label?
Don Diablo: Axwell was the first one who really believed in “Starlight” and his support really took things to another level. His Axtone label has such a loyal following. It was amazing to see the record grow thanks to the support of the Axtone family. The same goes for Protocol Recordings. Nicky has really been supporting me in a big way this year. By releasing and pushing my records, as well as bringing me along on tour, he has been exposing me to a whole new audience. It’s an amazing feeling to feel supported by your colleagues.

EO: You have done some amazing collaborations with people like Diplo, Dragonette, Noisia and Example, do you have any upcoming collaborations in the works?
Don Diablo: I do, but nothing I can reveal yet I am afraid ;-)

EO: This year has been pretty amazing for you with your hits “Starlight” and “Prototype” just to name a few, taking over dance floors and clubs everywhere, how exciting has it been for you?
Don Diablo: It feels like a dream to be honest. It has been a long and winding road for me, but with all of these new releases catching on in such a big way, this has definitely been my best year so far! It feels like everything is finally coming together, which also makes me extra inspired in the studio. It’s like everything is going full circle!

EO: So as this year winds down what’s next for Don Diablo, what do you have planned for the upcoming future?
Don Diablo: More touring across the globe, perfecting my visual live show, releasing more tunes for the floor – next up is “Origins” on Spinnin’, a track called “Got Me Thinkin'” on Steve Angello’s “X” label and more to come! Oh and last but not least, in 2014 I will be finishing off my debut artist album for Columbia Records.