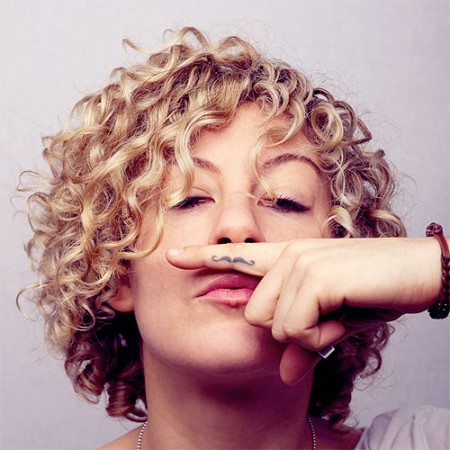 tINI has slowly but surely become a household name over the last year, touring with big acts like Loco Dice and Guti, along with releasing an amazing album on Desolat. She is considered one of the biggest female DJ’s, alongside respectable names like Magda, Cassy, and Nicole Moudaber. tINI has the unique ability to craft amazing warm up sets for label head Loco Dice, but also throw down during peak hours. She also did something quite rare in the dance music world: release an entire album on a well-respected label early on in her career, after just 1 single. Read on to find out about her budding relationship with Loco Dice and Guti, what her favorite track to drop live is, and what she thinks of EDC as a whole.

JB: How did you and Loco Dice meet? How has that relationship gone thus far?Â

tINI: I met him for the first time 10 years ago. My best friend Tessa (who the album is named after) introduced me and showed me his music. I started following this guy. I was DJing in Munich and I was asked to open for him. So I played and he really liked it. And he asked me to play back to back with him. And every time he came back to Munich, we played together. He said that if I can grow up with production, we can make something happen.Â They really believed in me. So I soon after went on tour with Dice. And here we are!

JB: Tessa was one of my favorite albums of 2011? How long did that take you to produce?

tINI: I had no idea it was going to end up as an album. I started producing but I am a little bit messy, and Â I work on a few tracks here and there. I spent the summer in Ibiza and he was always wondering why I always stay inside. I was in production mode! So Dice was putting out the Desolat sampler, and I sent him a few tracks. And I did not get an answer right away. But they got back to me a couple of weeks after, and they were listening to my album for the second time. So they liked it so much that they wanted to release it h8t it was never an idea to make it an album.

JB: How was the mini tour with Guti?

tINI: It was a little bit messy. But it was a really nice combination. Music-wise, it fits together and we do not crossÂ each othersÂ lines. We also started producing together, as GutINI. It is more for just listening, not for the dancefloor. It also fits because he is a guy playing live and I am a girl DJing.

JB: What do you think of EDC overall?

tINI: It is crazy. I have been in love with the city forever, but it was my first time here earlier this year. Somehow I never made it here until January. I walked my legs off like 10 hours a day. I love the city. I want to come back as much as possible. I love the vibe. It is an amazing time and people are so open minded. I don’t play commercial music, but I don’t play underground either. I am somewhere in between. ButÂ peopleÂ are so open and they always enjoy it.

JB: What is your favorite track to drop live at the moment??

tINI: Right now, it is a Ryan Elliot remix from the Rekids label from Radioslave. This song is so amazingÂ (it really is. listen to it!). I heard it for the first time when Alex Kidd played it in Paris at Rex Club. I literally ran through the bar to ask for the ID. Finally I got it. I absolutely love it.

JB: Has Dice been a mentor of sorts over the course of this whole process?

tINI:Â Definitely. He is the one I ask all my questions to. This guy is so experienced. Look at where he is now. It is crazy. He is a work machine. He does it with so much passion and heart. He is doing what he loves and he does it so well. He wants me to follow in his footsteps. He is like my big brother. People always think we are a couple. But we are not obviously. I am glad to have him. He helps me a lot.