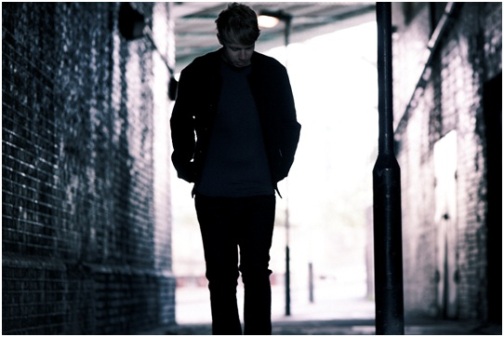 Symbolically represented by the twins, the astrological sign of Gemini has always been known for its versatility and ability to encompass both yin and yang. Fittingly, the same can be said about English producer Thomas Singer, who burst onto the scene less than two years ago under the name Gemini; the innovative then-student shattered convention with his debut EP Blue, and has been altering the bass music scene ever since. Singer’s unique style can partially be attributed to his approach towards the creative process – he has been known to begin his tracks at his piano rather than at a computer, and consciously works toward pushing the musical envelop to carve his own identity in a time when many bass producers are simply attempting to mimic Skrillex. Couple his pioneering original releases (4 EPs to date) with a slew of remixes for the likes of Hadouken!, Ed Sheeran, and Lana Del Rey (before she hit it big), and it’s no surprise that the 21 year old is not only packing venues across the world, but runs his own label, Inspected Records, which is also home to KOAN Sound and Zed’s Dead.

Currently on the road supporting his newly released Mercury EP, Gemini will be in town this Saturday, December 1st to join the stacked UKF US Launch Show lineup. Electronica Oasis was fortunate enough to catch up with the ever eloquent Singer to learn about what toys he uses, what he’s been listening to, and what inspired his latest creations.

First and foremost, welcome back to New York City! It’s great to have you return after such a massive performance at Webster Hall last March. Has it been different this time around, touring in the US?
Thanks!

This time I don’t have the Koan Sound guys to keep me entertained, but this is only a two week run so I can survive. The crowds are as mad and lively as usual – love it here!

You’ve been involved with UKF for quite some time now – how does it does it feel that you both have blown up so much, and that you are playing the US launch with names like Chase & Status and Borgore?
I always feel like there is still a hell of a long way to go – but it’s great to be playing the shows I am – I really enjoy it.

How long have you been playing piano/keyboard? Do you think your background with live instruments made the transition to producing an easy one?
Yea – it definitely helped. Starting out on this small crappy casio, then onto full length keyboards – as soon as I got my first computer it was kind of an obvious progression….

You bring a very unique sound to bass music, with the vocals and piano element. Can you tell us about your production setup i.e. what programs and tools you use?
I’ve got a pretty simple setup to be honest – which is great when touring so I can take it wherever. I use logic and a load of soft plugins. At home I’ve got a guitar, nice mic and a nice view – that’s kinda all it takes!

What about your stage show setup?
It’s simple – like my production setup – 3 CDJs and a mixer. I’ve got some really cool plans to do much more – but you’ll know about that when you see it!

How do you prepare for your sets? Are your live shows organic or do you go in with an idea of what you are going to play (depending on the crowd/venue/location)?
I prepare for each set differently – definitely read the crowd – that’s half the fun of it – playing a tune that is maybe a bit of a risk that catches on and really goes off is an amazing feeling!

You just released your newest EP, Mercury, which beautifully blends so many styles and genres, once again highlighting how distinct and diverse your sound is. Can you tell us a little about how this EP was made and what influenced it?
Creatively most of my music is about the experiences I have and emotions I feel. Mercury for me was about the love for the unknown I have. Deciding one day to drop everything and go 100% into music takes a little bit of faith – and certainly means breaking the ‘mould’. This comes out in Robots in particular – whilst with the name ‘Robots’ that might not be entirely obvious – I kind of embraced the metaphor of an emotion-filled robot. Wall-E, AI, these kind of movies are the ones that get me!

Has your process changed now that you have a few EPs under your belt and are a more experienced producer?
Production and engineering wise I’m definitely better than I used to be (well I hope I am)! That said when I’m writing it’s definitely still from the same place.

Are there any producers that you are really digging right now? Any up and coming artists that have sparked your interest (or might sign to Inspected)?
CHROME SPARKS

Speaking of Inspected Records, how did the decision come about to form your own label? How did you choose Zed’s Dead and KOAN Sound?
Ryan and I got on really well and for my first release – Blue it felt natural. We always sign stuff that we are in love with and as soon as we found the Koan guys we were so excited – as for Zed’s Dead – the opportunity to work with those guys was amazing.

You’ve always kept us on our toes and have accomplished so much at such a young age – what’s in store for Gemini in the future?
Album. :-)

Thanks again for taking the time out – very much looking forward to seeing you on Saturday!
No – thank you!!

Do NOT miss Gemini’s set this Saturday at Hammerstein Ballroom (tickets still available here). And as always, be sure to show support by liking his Facebook page and following him on Twitter!

Twas the night before EZF…

A poem by Shikey Tuesday Twas the night before EZF, and weâ€™re all dreaming of house The line up is awesome, but itâ€™s missing…