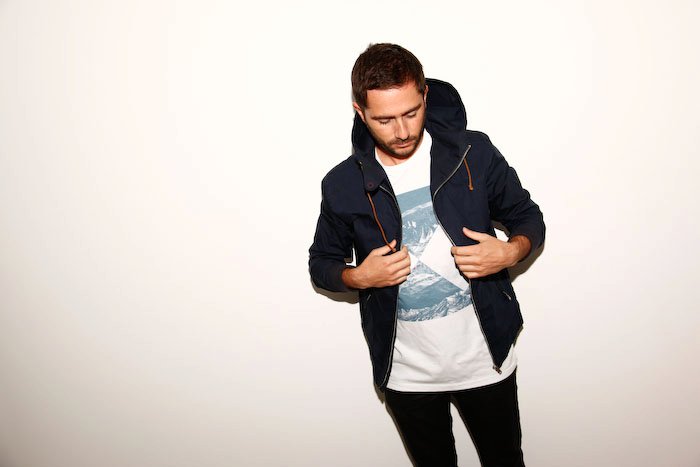 Australian super-producer Hook N Sling has really been on a tear as of late, with massive releases on labels like Spinnin’ and Stealth, along with a recent Beatport #2. He has been instrumental in putting Australia on the map, alongside big acts like Nervo, Tommy Trash and Dirty South. With a consistent stream of originals, a wildly impressive remix resume (everyone from Flo Ride to Miike Snow), and a demanding festival schedule, we thought it would be interesting to catch up with him before he headlined the new club Finale in NYC for Heidi Klum’s party. Read on to hear about his recent move to L.A, the biggest track in his sets, and his favorite gigs of 2012.

How did the collaboration with the Nervo girls come about for ‘Reason’? What was it like working with them in the studio?

The Nervo thing came about last Christmas. The girls were in Australia, I think touring for Stereosonic. They were spending some time with their family but they really wanted to get in the studio. We only had two days to do our session. So it happened in January over the course of 2 days. I had already written the idea. They wanted to write really quickly, and within a day we had most of it done. They came back the second day and we recorded it properly. And that was really it. It got to #2 on Beatport, we just missed #1 to Dirty South and Alesso’s ‘City of Dreams’.

What made you move from Australia to L.A?

I think it came from a few different places. Not that I was bored, but I kind of saw being based in L.A as a challenge. I don’t like getting stuck in one place for too long. I like to keep things moving. I have been on the circuit in Sydney for 3-4 years and my touring was really picking up in the states. I really didn’t put much thought into it to be honest.

How have your productions changed or evolved since 2007 and ‘The Bump’?

I think in 2007 I was just getting my head around production. I had about 3-4 records out and I just quit my job as a graphic designer. I wasn’t enjoying it, and to be honest I never had a full time design job. I always tried to do both DJ’ing and design. I did a few tracks and it was all really fresh to me. I was using different software and hardware, more so than what I am using now. All I am really using now is a Moog Little Phatty and Nord synth. I used to use ProTools but now I just do everything in Ableton. I have really condensed my production setup.

What have been your favorite festival or club gigs of 2012?

Definitely EDC Orlando which was insane. I didn’t think my set time was that good, which was 5-6. But the sun went down at 5:30 and shit went crazy. I think the last Voyeur gig I did in San Diego was awesome. There have been so many good gigs in the last 4 months, I have been really lucky.

How is the dance music scene in Australia at the moment? NYC has been really insane lately.

I have been going back quite a bit actually. I am going back for another 3 weeks soon. The scene there is really good. Stereosonic is great, they book really big names. At the moment, the festival scene is super strong. The club scene, not so much. Festivals are becoming so well produced and well received. Clubs kind of loose their edge. Australia only has two or three good clubs per city. Places like L.A and Miami, the production there is insane in the clubs. But overall, the scene is healthy in Australia.

What is your personal take on the recent rise in dance music? Do you think it is sustainable?

I think “Reason” is definitely something that I am really proud of. I am not a fan of forced creativity. I am a fan of inspired and natural creativity. The record just is what it is and it turned out amazing. That is the key to a good record; accepting it for what it is. A lot of big tracks just happen like that naturally.

Right now what is the biggest track you are playing in your sets?

I did a bootleg of Ellie Goulding “Lights”. What it is, is it is actually my new single “Tokyo By Night” which is coming out on Axtone. I still play this bootleg and it still gets such a big reaction. The single has been a year in the making so I am excited to release it.

Martin Solveig’s ‘Hello’, which I had originally thought was a one time viral video, turned electro house bomb, has given birth to Smash Episode…