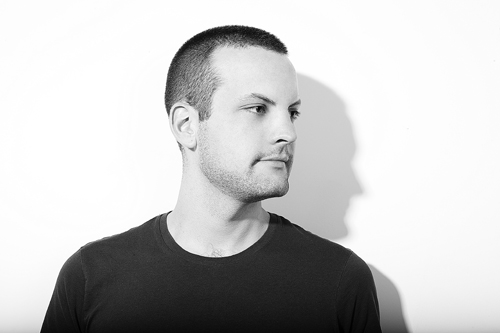 James Cayzer, better known as Jaytech, the Australian classically trained pianist has built his career over the years by producing a steady stream of widely supported tracks that include, ‘Multiverse‘, ‘Stranger‘, ‘Synergy‘, and Electronica Oasis favorite, ‘New Vibe‘. Each has been released off of Above and Beyond’s Anjunabeats label and his next release ‘Inception’ is no exception. Out today as part of the Anjunabeats Volume 10 Compilation (Buy Here) ‘Inception’ is one of thirty featured tracks, coming from twenty different artists that comprise the Anjuna family.

We got a chance to speak with James to discuss what its like to be apart of the Anjuna family, his progression of sounds throughout his career and his upcoming trip to NY to play at Santos Party House (Tickets Here). Also make sure to check out and support Jaytech’s track ‘Inception’ out today and listen below! Full interview after the jump!

Electronica Oasis: To start off . . . If you press play right now on your ipod what are we listening to?

Jaytech: A track I’m working on, currently with the riveting title 10_Feb13_2. I’m stress testing it – it still sounds a bit too noisy.

EO: What is the biggest factor to your sound developing from Anjunadeep type stuff into the bigger Anjunabeats sounds?

Jaytech: Although I’ve been in the world of Anjunadeep for a long time, I’ve also been playing mainly at big shows and trance events in my travels, and I love the kind of music that goes along with that. I wanted to the change to Anjunabeats to be a reflection of this.

EO: Speaking of your travels, you will be making a stop in NYC on March 9th at Santos Party House for their weekly ‘Electric Beach’ party. What can us New Yorkers expect from you? Do you have anything new in store for us?

Jaytech: I’ll be playing a ton of new original material for sure. I’m sitting on so much new music at the moment! I’ll also be sure to play the two tracks from my new single, “Wipeout” and “Inception”, the latter of which is appearing on Anjunabeats Volume 10.

EO:The Anjunabeats compilation volume 10 release is set for march 4th. What’s it like to get the nod of being featured? How did you find out?

Jaytech: It’s a great feeling to be included on the comp! The A&B guys have played a big role in my own musical development and it’s been awesome to join them on some of their touring adventures. The decision to include “Inception” on Volume 10 was made at the same time I signed it to Anjunabeats.

EO:Who do you think is the biggest rising star to be featured on there?

Jaytech: Probably Norin & Rad, they’ve been doing some great things in the world of trance lately and are very much on the rise.

Jaytech: Some awesome new collaborations are in the works at the moment, we’ll be able to reveal details of this soon. I’ll also be returning to the USA midyear for a bigger tour. Watch this space!

Want to find out more about Jaytech?

Want to find out more about Anjunabeats?

Deadmau5 – Where Are My Keys

Joel is back with the brand of outrageously well-produced electro house that we have ALL come to know and love. I actually liked ‘Professional…