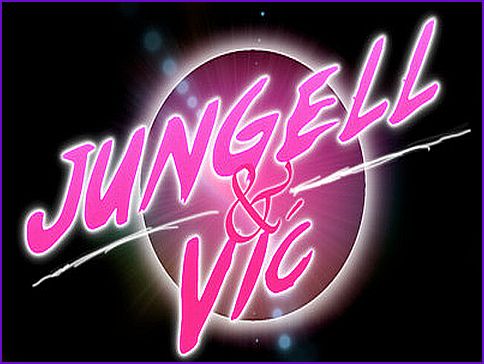 We decided to reach out to Jungell & Vic because we loved their stuff so much, and they were cool enough to give us an exclusive interview. These dudes absolutely rock (they won the Sensation White competition in 2008) and are perhaps the most promising up and coming Swedish producers in the game right now. Here is a preview of my personal favorite track of theirs, ‘The 80’s’ and a full cut of their club banger ‘My Oh Fucking God’. Check out the interview after the jump (Read More)!

EO: What are your full names and where are you from originally?

Vic: Zdravko Stefanovic, 20 years old, born in Sweden with origins from Serbia. Living in the southern part of Sweden

EO: How did you get into electronic dance music?

Jungell: Well, my dad has always played it for me as long as i can remember. Oldschool producers like Jean Michel Jarre & Felix Da Housecat. So I was pretty much born into it.

Vic: The genre caught my attention at an really young age. After watching several clips and listening to the livesets of Sensation White, I first went there in 2007 and quickly realized that this was something dedicating one’s life for.

EO: How did you get to where you are now? It seems like you guys are in a perfect position to really break into the house music scene…

Jungell: Well, a mixture of both talent and hard work. We started working together as a duo in the spring of 2010, but you have to be patient to see results. Rome wasn’t built in 1 day.

Vic: I believe it’s all about having fun while working with your music. When enjoying yourself the results always turn up positive and when not, just try to laugh at it and go back to your source of inspiration.

EO: What kind of sound are you looking for in your productions? We loved the sound of ‘IMan’ and ’30th street NYC’…

Jungell: Well, we tend not to focus so much on the sound. It’s more just playing around until it sounds good.

Vic: It’s just a matter of converting your thoughts and ideas of what a great song should be like into a project and work from there.

EO: What tracks have been most instrumental in developing your sound?

Jungell: I have to say Gouryella – Ligaya. I’m a melody kind of guy, and i just love that early 20th century trance. When the focus was on the melody.

Vic: I’m also a melody type of guy. I think that the best house music is that which has a great piece of piano in it. Also massive arena hall synths just give me the best kind of goosebumps there is!

EO: Who are your favorite producers at the moment?

Jungell: I have to say Paul Kalkbrenner for producing the track ‘Sky and Sand’. Must be the best track I’ve heard in ages! It’s beyond amazing!

EO: What is your favorite track to drop in a set?
Jungell: I’d have to say 3 tracks. Axwell – Nothing but love (Axwell vs. Daddy’s grove). It has such a feel good vibe to it. Fear Of Tigers – I Can Make the Pain Disappear (Original Mix) with the same motivation, it’s a feel-good-dance-your-ass-off-song. And third Paul Kalkbrenner – ‘Sky And Sand’ (Extended Version)Â cause it’s just an amazing song with incredible vocals. Gives me shivers every time!

EO: I would have to say it is legendary! What do you guys use to produce?

Jungell: I use an iMac Quad Core 27″ with Logic 9 pro, M-Audio soundcard & a keyboard.

Vic: Im on a powermac with Logic 8 so we are even.

EO: Do you have any tips for young producers just starting out (like us)?

Jungell: It’s not about the plugins, it’s how you use them. And take your time, learn what style of music fits you best as a person and then just practice. Everybody can make music, it’s all about finding your style.

Vic: Lower your expectations, work hard, try and get as little sleep as possible and drink A LOT of coffee!

EO: How would your live set progress if you were playing a big gig?

Both: Starting up with some techy influenced warm-up tunes and perhaps some techno. Getting on to more massive instrumental tunes and if the crowd allows it, for the finish we go for some of the finest productions from Deadmau5 and Wolfgang Gartner.

EO: What was your favorite gig to date?

Jungell: Well, we haven’t started playing together live yet, we have been polishing our skills to perfection.. But rest assured, our management will soon release us into the wilderness.

Vic: The thing is that we have been working day and night since we started this journey, so we haven’t had time to rock the stage yet.. Yet is the keyword here.

EO: What was it like to win the Sensation White DJ competition in 2008 in Copenhagen?

Jungell: I believe that I speak for us both when I say; Amazing. It felt like we were on the top of the world.

Vic: Joel is right, we thought we had it all coming but nothing ever happened, we didnÂ´t make any new tracks or even considering doing it until we met up in early 2010. We made a track and had it out on Youtube. In less than one week it had more than 10.000 views and DadaLife gave some positive feedback on it. And now we canÂ´t imagine ourselves without each other. ItÂ´s like a perfect brotherhood.

EO: Dada life gave you positive feedback. That is outrageous. What was the criteria for winning this prestigious competition?

Both: People emailed tracks to the Sensation committee and they picked out 10 favorites and then they posted them on the Sensation site.. And then the public got to vote who they thought should be announced the winnerâ€¦ And we won.

EO: Whats next for Jungell and Vic? Any gigs in our neck of the woods? (NYC)

Jungell: Well, world domination & free beer for everyone.. hehe.. No but, we’re releasing 2 singles the 10th of December and after that… who knows? Perhaps NYC is next for us.

Vic: New York would be a blast, but as Joel says, ‘My Cupcakez’ and ‘The 80Â´s’ are soon to be out after long time waiting and hopefully it could be a turning point.

Last fall, you may remember the release of Mikael Weermets’ bootleg pack. It was a creative array of big instrumentals and even bigger acapellas….