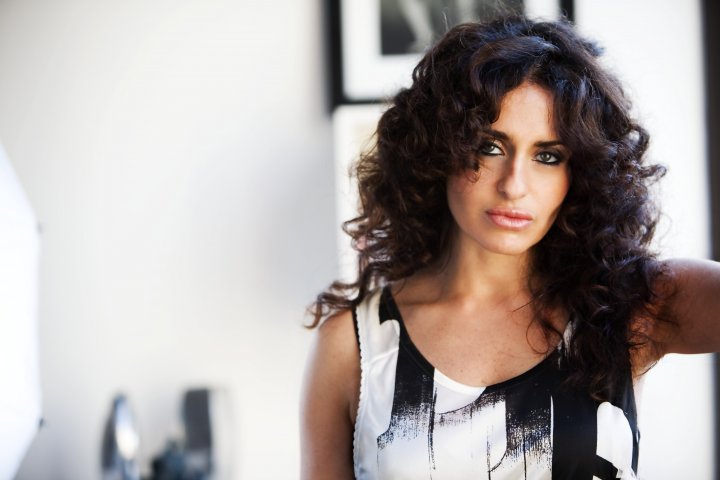 Nicole Moudaber, the new techno sensation originally hailing from the UK, was once an NYC club promoter known for setting up some of the most memorable parties the Big Apple had ever seen. She has since flown across the world, starting out by re-defining the EDM nightlife scene in Beirut and then straying away from the promoting scene to embark upon a production career. She began to produce her own personal style of music, which we now know and love: a booming, bass filled sexy version of techno. She caught the attention of legend Carl Cox and he became a mentor for her quickly progressing production career. Nicole played alongside Cox in Ibiza all summer, in addition to throwing her own killer parties at Ushuaia Ibiza with Danny Tenaglia.

She has guest mixed for some of the greats such as John Digweed, Carl Cox and Adam Beyer. Her brand new Feline EP has infected the Beatport top 10 Techno charts with its infectious sounds. Nicole took some time out of her hectic schedule to answer some questions we’ve been dying to know answers to, such as: what sort of advice Carl Cox gave her before her big debut at Space, Ibiza; her trajectory as a promoter moving to Beruit; her up and coming record label ‘MOOD Records,’ a pretty crazy story about her Beyer guestmix and many more!

Nicole will be performing at Cielo on February 9th 2012 for Dance.Here.Now’s Thursday night festivities. Be sure to get Tickets HERE or put yourself on the Guest-list HERE for open bar for an hour before entry at 11 pm.

Click ‘READ MORE’ to check out the exclusive interview with the Techno Queen, Nicole Moudaber.

Lumbajack: You’ve performed all over the world. Played alongside the Techno master, Carl Cox in Ibiza all summer. Where has been your favorite place to play? Most memorable moment of this past summer?

Nicole: A lot of places yes but there’s more to explore and enjoy around the world, it’s always exciting visiting a new city and a new club. playing at Space Ibiza is phenomenal, Carl’s night has this magical experience, so for me this would be my number one choice.

Lumbajack: What are your thoughts on the techno genre in America? It definitely has a bigger fan base in Europe

Nicole: It depends what genre of techno really. I feel it’s techno with funk & soul that americans feel more, which is exactly what I’m about.

Lumbajack: How was the fast transition from being a promoter to a producer supported by some of the biggest names out there?

Nicole: It was only when I embarked to build a house in ibiza that I stepped out from promoting parties because I simply couldn’t be in London and Ibiza at the same time. The house was a priority for me then and a major challenge, which I can honestly say is a little gem on the island, prime location with amazing views (www.villabes.com). Upon completion, I decided to get stuck in the studio and create music. I was still exploring and finding my groove until my music caught the ears of Carl Cox, John Digweed, Danny Tenaglia and Steve Lawler … and the journey continues :)

Lumbajack: You brought NYC influenced parties to Beirut while you promoted. What would you say is a NYC styled party?

Nicole: For me it was the fierce vibe and atmosphere those parties were known for. Dancers, who can actually dance, not just wave, amazing costumes and choreography – if you haven’t been to Sound Factory, Twilo, The Tunnel, Save The Robots to name a few .. You wouldn’t be able to understand what went on. Musically it wasn’t what i brought over because they simply wouldn’t get it after so many years of being in the dark. I coupled it with European djs and it was revolutionary and enlightening at the same time. Iâ€™m proud to have been the first to have paved the way in a country torn by war for so many years.

Lumbajack: A lot of producers love your style of music. How would you describe your sound?

Lumbajack: Tell us a little about your up and coming record label, MOOD Records. When can we expect in the future? Any ideas of who you think you’ll sign?

Nicole: Itâ€™s still in the making, Iâ€™m receiving demos, a lot of amazing talent out there, it’s always exciting to hear fantastic music, different styles – it will be music I like to play from house to techno, the MOOD can be deep or driving, it depends on my MOOD really :)

Lumbajack: How big of a mentor has Carl Cox been to you thus far? Any memorable words of advice?

Nicole: I remember one night before going on at Space Ibiza, I was quite nervous and I said to Carl ” I think I have stage fright”
He looked at me and said ” what! Get up and do your thing and they will love you” – Iâ€™ll never forget that and have been following this advice since.

Lumbajack: How was putting together the Ushuaia party with Danny T? What was the party like?

Nicole: It was a team effort with my friend Sophie Mac, the party was the coolest Ushuaia has ever seen really, we had a great crowd including DJs like John Digweed, Seth Troxler etc..i played before Danny a deepish set on the pool before he came on. He edited all his set to give us a Tenaglia Classic House set, musically – it was a masterpiece. As far as the vibe and atmosphere it was equally surreal, we had water screen projectors fitted in the pool, incredible lighting, 20 dancers and drag queens – it was truly an Ibiza moment.

Lumbajack: The Feline EP was a huge success! Tell us a little bit about the production of the EP?

Nicole: TOP 10 ! Very pleased with the EP. I finished it in the summer really, only a few had copies, I guess the build up made it a little gem to have – all the tracks work so well in a club, Cox, Dice, Calderone had early copies. I wanted to name it Watcha Playin but Carl wanted Feline. And he was right :) it was the one that reached top 10.

Lumbajack: How was making the guest mixes for John Digweed, Carl Cox and Adam Beyer? Which was your favorite?

Nicole: Theyâ€™re all my favs !! All of them are special to me in a different way. But the Beyer one was a tough one. Originally I submitted a mix 2 days before airing only to hear from management Adam wanted another one. I was shocked ! Apparently, it sounded the same as his mix that aired a week previous to mine, which I never heard and wasn’t even aware he did it – of course I had the idea to do a tribute for Drumcode since it was the 15years anniversary, and it turned out both mixes were similar so I had to redo another mix in one day/night and submit again, that was for me a major challenge. It takes time for me to do a mix, I put a lot of thought into it so it was either take it or leave it, I dabbled with the idea to leave it at first but I dived into it and I must say it turned out rather nice. Adam is very supportive of my work and I couldn’t let him down on this one nor myself.

Lumbajack: Favorite place you performed in the US? How did the crowd react to your massive bass-filled drops?

Lumbajack: If you could collaborate with any DJ in the world, who would it be and why?

Lumbajack: What can we expect in the near future from the amazing Nicole Moudaber?

All of us at Electronica Oasis want to thank Nicole for providing us with some really fantastic and inspiring answers! Check out Nicole at Facebook, Twitter, MySpace, Beatport and Soundcloud!

NEWS: Marquee Going Down Under

You guys know that place Marquee out in Las Vegas, yes – that club! The one where Chuckie, Kaskade, Armin van Buuren, Arty, Cedric…