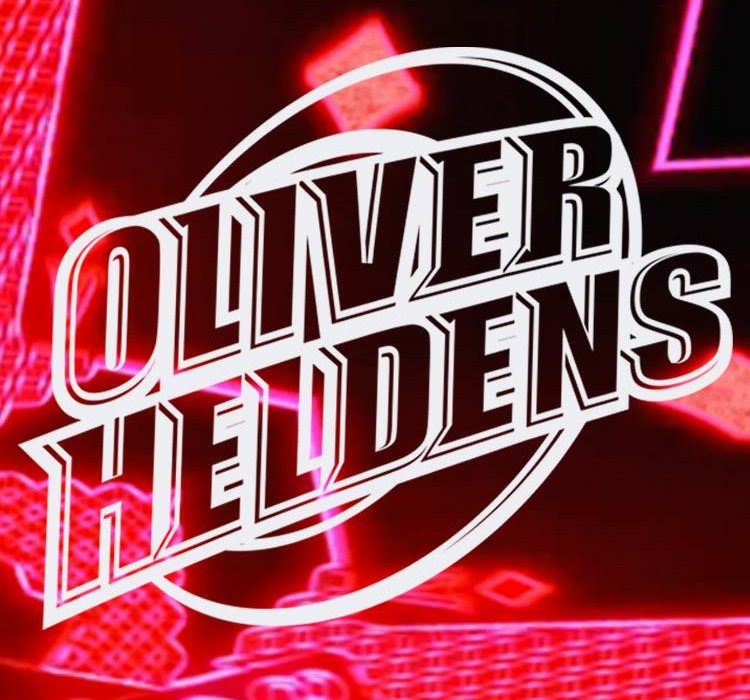 The burgeoning Dutch talent, Oliver Heldens, releases his genre-bending remix of Robin Thicke’s “Feel Good” out today via Spinnin’ Records’ Spinnin’ Deep imprint. Following up on his hit remix of Martin Garrix’s “Animals,” the “Gecko” mastermind manifests his signature sound for another stand-out track paving the way for a modern house music style. Previously labeled as an “ID” on Spinnin’ Records’ YouTube channel, Heldens’ remix of Robin Thicke’s “Feel Good” incorporates vocal and melodic elements from the original, while providing for more of a club-ready feel backed by a pumping bassline. Oliver Heldens continues to make a powerful impact on the scene with his consistent world-class productions.

Oliver Heldens was just 17 years old when the biggest record label in the dance industry, Spinnin’ Records, approached and signed him. Because of the great potential they heard in his tracks, they signed him as their exclusive artist. Oliver’s best melodies were invented while cycling back from school or while he sat in the classroom, being bored. Since his signing Oliver developed really fast and months later, when he turned 18, he released his first tune ‘Stinger’ on Spinnin’. Since then Oliver’s star has been rising rapidly. After several successful collaborations, remixes and originals Oliver surely developed his own signature sound.

2013 marked the release of Oliver’s biggest hit to date as he released the chart topping hit ‘Gecko’, on Tiesto’s Musical Freedom imprint. It reached the #2 position on Beatport’s Main Top 100 and #1 in the Deep House Chart. He developed a sound that might just bridge the gap between big-room listeners and the underground community. A Techy / Deep House hybrid, which is instantly recognizable as Oliver Heldens. This success led to Oliver remixing one of the biggest hits of 2013; Martin Garrix’s ‘Animals’. A fresh take on this world wide phenomenon, and a major club cut in its own right. It received support from the likes of NERVO, Knife Party, Zedd, Porter Robinson, R3hab and Pete Tong, to name a few.

With so much commotion stirred up already, it’s safe to say 2014 will be a big year for Oliver Heldens. We recently got the chance to catch up with up and coming DJ and Producer Oliver Heldens and covered topics such as his dreams as a kid, his favorite venues, his recommendations for aspiring DJs, the challenges he has overcome to date and what’s in store for the future. Coming off a huge week down at Miami Music Week, this is one artist you will want to pay attention to in 2014!

Did you always want to be a DJ or in music when you were growing up? If not, what did you want to be?

Oliver Heldens: I’ve always wanted to ‘create’ something. For example, I wanted to be an
architect or designer when I was younger. I wanted to become a DJ ever since I saw Hardwell playing at a school party. I loved the music he played (mostly Hardwell’s own tracks, from the “crazy dutch house” tracks to the more deeper/minimal sounds). The idea of letting big crowds dance to your own music really fascinated me.

When did you finally get into DJing and how did you go about being recognized?

Oliver Heldens: I was 13 when I started DJing. Spinnin’ Records discovered me when I was 17, but I had to develop myself a bit more to get signed by the label, so I worked even harder. After the release of ‘Gecko,’ everything blew up!

What was your favorite subject in school? Why?

Oliver Heldens: I don’t have a favorite subject in school.

Oliver Heldens: Yeah I’ve always loved electronic music. My first inspiration was the hardstyle/jumpstyle sound. I loved Headhunterz’s productions, and I still listen to his tracks and podcasts sometimes. For now, I am very open-minded when it comes to electronic music. I love a lot of different sounds. Getting inspiration from the older housey tunes and UK deep house stuff for example.

Of all the places you have played in so far, if you had to pick your favorite or most fun place to play what would it be? Why?

Oliver Heldens: That’s hard haha! I liked to play in Miami, did 7 shows over there. It was quite
special to play during WMC, all the people from all over the world sharing the same love and passion for music is just so cool!

What is one country or venue you have yet to play that you would really love to? Why?

Oliver Heldens: Veld Festival in Toronto, Canada. Few weeks ago they announced me as one of the artists in the line up and my Twitter exploded, I even was ‘Trending Topic’ in Toronto! Seems like they are really enthusiastic over there.

What is the story behind ‘Gecko’ and what does this song mean to you?

Oliver Heldens: “Gecko” means a lot to me. The track took me to the level I am right now and it was a great learning experience. It came just ‘natural.’ To create something like “Gecko,” it took me months of work before developing that ‘style,’ so it was not like: “hey, let’s make something completely different today” and *poof* there we have Gecko.

What else do you enjoy doing besides Djing?

What can your fans expect from you in this new year?

Oliver Heldens: Some cool new stuff! I already have some tracks ready to release (release planned for summer). Many cool gigs and festivals! Stay tuned!

If there is one must know piece of advice you could give the young aspiring artists out there what would it be?

Oliver Heldens: Never stop developing and experimenting, work very hard to create your own sound, and try to create stuff that you like the most and don’t care too much about what others are doing.

So far in your DJing career, what has been the single most difficult thing you have had to overcome and how did you overcome it?

Oliver Heldens: When “Gecko” was uploaded as an ID track, many people were speculating about who the producer behind the track was, and I got a lot of messages from people who thought it was me, but I had to keep my mouth shut haha.

Summer has officially begun and to start off the party Kim Fai is remixing one of the top new summer tracks, ‘Party Rock Anthem.’…