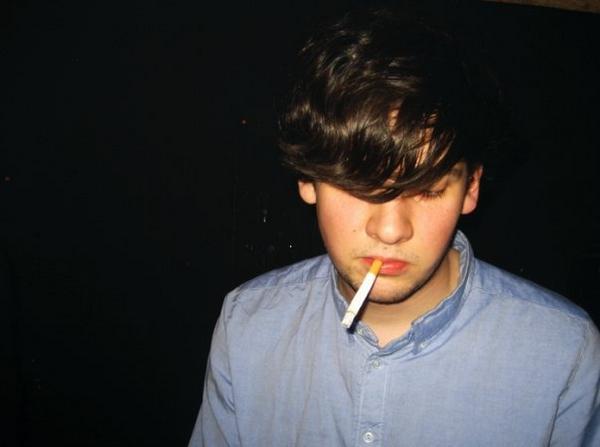 I had the unique pleasure of hanging out with and interviewing Boys Noize Records mainstay Strip Steve this past Friday at Webster Hall. I have always been a large supporter of literally anything and everything that Boys Noize puts out on his label, but Strip Steve’s body of work has consistently impressed me. He even has a Beatport Techno #1 song in his massive hit ‘Calcium’. The young French techno prodigy opened up the night for Boys Noize himself, and absolutely smashed it. I was lucky enough to hang with him on stage after and watch Boys Noize demolish Webster Hall and fully utilize 4 CDJs. I almost fainted. Anyways, Strip Steve and I talk all about his new track with Rynecologist (posted below), how he contributed to Boys Noize’ massive hit ‘Jeffer’, and some of his favorite artists signed to Boys Noize Records. Click Read More to check out the full interview!

â€ªâ€¬J-Brown: What has Alex (Boys Noize) done to mentor you over the course of your career thusfar?

Strip Steve: He kind of did mentor me and he didn’t. He doesn’t direct anyone. He lets you establish your own sound. He will say something like “this is good, but if you put this break in a different spot, it will work better”. And honestly, every time he said something, he was right. He has the techno expertise. You can tell that he knows exactly what he’s talking about. He is the master.

â€ªâ€¬J-Brown: What was your breakthrough record that got you signed to Boys Noize Records?

Strip Steve: When MySpace was still kind of big and there weren’t so many people on it. I did a couple of dance tracks and I put 3 of them on MySpace. One day I got a message Â from Boys Noize saying I like the 3 tracks you have on MySpace, and I would like to release them. Thats how it happened, it was very sudden and unexpected.

â€ªâ€¬J-Brown: What is your live set up when your DJing?

Strip Steve: I use 3 CDJs and a mixer.

â€ªâ€¬J-Brown: The new track with Rynecologist “Kicker”, what made you give it away for free?

Strip Steve: A lot of people that work at Boys Noize records told us that we shouldn’t give it away for free and that we should actually release it. I like the idea of actually making it a gift for the label and for our fans. If we release it it would take 3 months, and we didn’t want to do that.

â€ªâ€¬J-Brown: How are some of your favorite artists on Boys Noize Records? I have been super into SCNTST recently. That song ‘Globus‘ is some of the best techno I’ve heard in 2011.

Strip Steve: He is brand new, I don’t know much about him really. I love two tracks from his EP. “Beach Ball” and “909 Time”. Otherwise I am very into Shadow Dancer. And every time Djedjotronic releases a remix it is always so good.

â€ªâ€¬J-Brown: How did you and Alex produce ‘Jeffer’. How did that come about?

Strip Steve: It came very naturally. I was at his place and we were having dinner and we were in his studio. He made me listen to this disco loop. He said I love it but I don’t know what to do with it. And I had some ideas for it. So I put the loop into a drum machine and used a step sequencer. For half an hour, we messed around with a synthesizer as well. For 6 months I did not hear anything about it. And then it was released, and it actually turned out really well.

â€ªâ€¬J-Brown: What was it like to have Calcium reach #1 on the Beatport Techno top 100?

Strip Steve: It was awesome. The #1 on Beatport was great but not as big as getting my record played on BBC Radio 1. It was Carl Craig who played it on his essential mix on BBC.

Strip Steve: I am actually working on my first album, which means its going to take a long time. For now I am DJing a lot and working on my album. No idea what will happen release wise.

After many quiet months on their Facebook page, Swedish House Mafia finally get some life back and release the teaser for their new documentary….