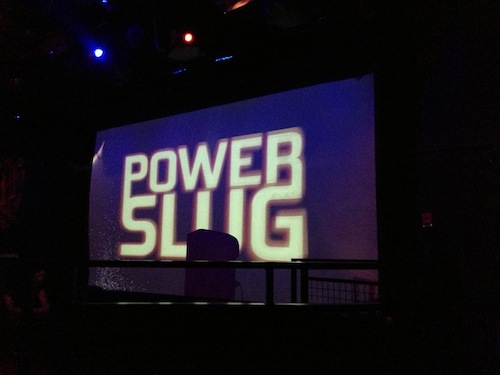 Powerslug really threw quite the party this past Saturday. It was a great night filled with deep funky disco at Le Poisson Rouge, with Lane 8, Amtrac and Grum. We were able to sit down with Lane 8, the San Franciscan aka Daniel Goldstein, after his set and pick his brain. The 24 year old is a bright up and comer in the deep house scene, making smooth melodic hits sure to get you grooving. His track ‘Be Mine’ was recently featured on Anjunadeep 05 by James Grant and Jody Wisternoff!

Here’s what Dan had to say:

Electronica Oasis: What sort of music did you grow up listening to?
Lane 8: I grew up listening to a lot of hip-hop, that was my main thing. The biggest producers for me were Pete Rock, DJ Premier and Ant from Atmosphere. I was really into the whole 90’s hip-hop scene. I also was into the indie-rock movement like Explosions In The Sky. I actually learned guitar through listening to them. I eventually started to get into Aphex Twin and that kind of stuff. Then I really started listening to electronic music around 2006. I was producing for a while before that but never had a set direction I wanted to go in. When dance music got really big I realized this is something I can do.

EO: When did you start producing?
Lane 8: I started out playing piano, taking classical lessons when I was like six. When I was eleven I got a keyboard, turntables, and a drum machine and was making hip-hop beats. At that time, my dream was to make beats for De La Soul. For an eleven-year-old kid I was pretty dedicated, I spent a ton of time in my parent’s basement just grinding away. Then I got my first copy of Fruity Loops, which I still use now, when I was 13. I never even thought of making a career out of this until I really graduated college, it was just a hobby before. I started getting a bit more technical on how to mix and produce. Lane 8 is still a young project; I just had my one-year anniversary two weeks ago. It all started back when The Magician played my track ‘Don’t Want You Back’ on his Magic Tape 23. All I had was the one song, I didn’t have artwork or anything. Everything I hear influences me. I’ll even listen to music I don’t like, just because that gives me an idea of what not to do. I listen to all types of music and take everything in.

EO: Was your hit ‘Be Mine’ inspired by anyone in particular?
Lane 8: What happened with ‘Be Mine’ was…I was talking with Jody Wisternoff from Anjunadeep for a long time… he was playing my tunes ever since ‘Dusty’, the second tune I ever put out, and he was putting together the Deep 5 comp (just came out two weeks ago). So he wanted to put a new track of mine in the mix. I wanted to do something sort of 90s house, with a really big bassline and a hooky melody. Once I had the track finished I reached out to my buddy Patrick Baker for the guest vocal and we finished it from there.

Here’s a clip of the track from the show:

EO: What can we expect from Lane 8 in the future?
Lane 8: Well I’m gunna do a sex tape first… no but really, I have a ton of music in the pipe. I’m starting to work with labels now and collaborating with a singer named Lucy Stone. Also doing a bunch of cool remixes for artists, I just put one out for Mike Mago and then I’m doing some pop remixes.

Last weekend tyDi spend some time with the less fortunate in the Philippines. Some of them don’t even have a home, but tyDi went…