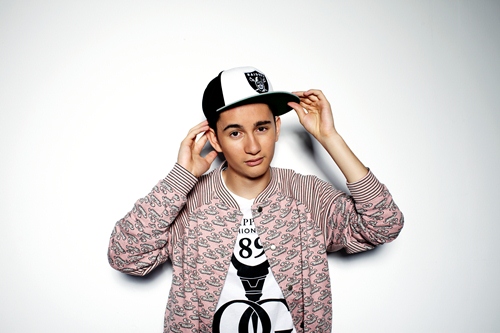 If somehow you haven’t yet heard about Australian prodigy Walden, here is your chance to become fully acquainted with the young producer. At the ripe old age of 14 he started to become serious about electronic music production and not long after that his music was discovered by NYC based Big Beat Records. His ultra catchy tune ‘Brightness‘ was featured by Pete Tong during his Essential Selection in January and ever since then Walden has been on the rise. With a knack for creating progressive gems that inspire great support, read below about what Walden has been working on and what’s in store for his fans.

Tell us, did you grow up always knowing you wanted to produce? What made you want to start?
No actually, I grew up always thinking that I’d be a banker. Music production, for the first few years at least, was always a hobby for me – it only started getting serious for me when I was around 14, which was about the time when I began piano lessons, to learn how chords and scales worked.

Is there a song that you can say – this made me love electronic music?
Put Your Hands Up – Fedde Le Grand… I had heard of a couple of other house tracks before, but this was the one that turned me around from Happy Hardcore into the lovely genre of house!

How was your music discovered?
Well my music was discovered around 2-3 years ago. Around then, I had created a music profile on Reverbnation.com. Two weeks later, one of the interns from Atlantic emailed me, telling me that they were very interested in my music and would like to get in contact. Since then, I have been working with Big Beat Records (sub-label of Atlantic) and also Neon Records here in Australia.

Lots more from Walden after the jump!

Tell us about the influences on your music production.
I listen to all kinds of music, so I guess you could say that my sound is influenced by most genres. As far as the EDM scene goes though, I would say that the people who inspire me most would have to be, Axwell, Dirty South, Avicii, Fedde Le Grand, Alesso and Thomas Gold… just to name a few!

How has your music evolved over your production process?
When I first got into composing music, I was mostly using loops and samples, so the kind of music I produced varied a lot! Like, I might be making jazz using rhode samples in one project, but then in the next project I could be making something completely different. I only really got into dance music when I was 14, which was about the time when I started taking piano lessons, and learning how to produce my own sounds and chord progressions. The first proper club track that I had heard that truly inspired me was Fedde Le Grand’s ‘Put Your Hands Up For Detroit.’ I mean sure I had heard a lot of Daft Punk’s music (which by the way I still LOVE until this very day) before hand, along with some of the older Ministry Of Sound compilations, but for some reason, Fedde le Grand’s track was the one that really got me into producing house!

Since then, I’ve been jumping from genre to genre, ranging from tech house, to gritty electro, to big room piano house… I even went through a phase where I was making some really chill down tempo stuff. Recently however, my sound has been leaning more towards the progressive house sound, as you can tell from my most recent tracks (Brightness and my Marina & The Diamonds ‘Primadonna’ remix) though I do enjoy making the odd Electro track here and there.

What has been the most exciting thing to happen in your career thus far?
Being contacted by Atlantic/Big Beat records for sure! If it werenâ€™t for them, I wouldn’t have had the exposure to the industry that I have right now.

Tell us about your future plans for your music? Any releases you are excited about?
Well I have a couple of new releases coming up soon that I am very excited about! finished up on a remix for Marina & The Diamonds (you can find a preview on my Soundcloud), which is due for a release on the 8th of May. Also recently finished a remix for Pete Tongs latest signing, Paper Crows – this mix, for me has a very different sound compared to what I normally produce, so I’m really looking forward to seeing peoples feedback on it (will put up preview soon). Also hoping to put out an original soon, not sure when but will keep you all posted!

For gigs, I am playing down in Melbourne this month on the 19th at Seven Nightclub, so very excited about that – apart from this though there are no other gigs planned as for the moment, I am concentrating mostly on my productions!

Tell us what’s on repeat on your iPod right now.
At the moment I’ve been listening a lot to records from Axtone and some of the new Avicii tracks (I find a lot of inspiration from these, as a house producer). Have also been enjoying some oldies from the 90’s and early 2000’s… Daft Punk in particular :)

If you weren’t a music producer you would be….
If I weren’t a DJ/music producer, I would probably be working somewhere really boring like finance, or maybe marketing (preferably marketing). To be honest when I was younger, the music industry was the last place I expected myself to end up!

a Another holiday giveaway, this one from Chris Lake & Marco Lys, two great producers who have teamed up this year to put out…