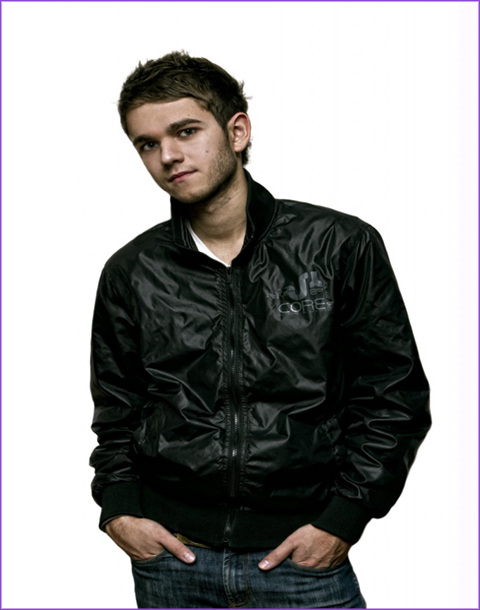 It’s the holiday season and we have a little treat for you folks. Â Let us proudly present to you an exclusive interview with Anton Zaslavski, or more commonly known as Zedd. Â Here at Electronica Oasis, we are huge supporters of this guy and can’t get enough of his productions. Â He has done fascinating remixes of certain Skrillex songs, such as ‘Scary Monsters and Nice Sprites’ and ‘Weekends.’ Â Anton has even done stellar remixes of more mainstream songs including ‘The Time (The Dirty Bit)‘ and B.o.B.’s ‘Nothing On You.’ Â At such a young age, Zedd has taken the electro music scene by storm and as time progresses we only expect him to gain much more popularity. For now, take a look at this exclusive interview with Zedd and discover some of the thoughts from the brains behind all these massive productions. Check out some of his tracks and get the full interview after the jump (read more!).

EO: First off, whatâ€™s your full name, where are you originally from, and how old are you?

Z: My name is Anton Zaslavski, I am 21 years old and I was born in Russia. Me and my family moved to Germany when I was a baby. I still live in Germany.

EO: We’ve heard that you’ve got quite the musical background. Can you tell us how got you into the electronic dance music scene?

Z: That’s right. My first CD was “Discovery” by “Daft Punk”. I didn’t listen to any sort of electronic music besides Daft Punk at this point and I got to rock music pretty fast. Many years later I found out about “Justice” (â€ ) and I instantly loved the album. I felt like having back the “Daft Punk” feeling just with a way better production. This pretty much got me into electronic music.

EO: It sounds like you are just as excited about the electro scene as we are. What role do you see your music playing as the electro genre seems to reach more and more people every day?

Z: I hope that I can touch people with my music. It is electronic dance music, which is usually made for clubs, but I want to reach and touch everyone with my music! I want people to be able to just listen to it when they’re at home, in the car or whenever they like to listen to music. I don’t want to make music that is only made for clubs. I also try to keep as much “music” in electro as possible, since I feel this attitude gets a bit lots. Often songs are just “sounds” with not much music in it. This can be amazing – I don’t wanna be misunderstood! I just hope that people don’t get used to just having percussive sounds in it and get scared of chords and melodies.

EO: How has your sound changed since â€˜The Anthemâ€™ and where do you see it going?

Z: I think parts of my sound are still the same, it just got more precise. I think my sound is still developing and it will gain into many different genres. We’ll see!! :)

EO: So let’s say you’ve got a new project ahead of you, what are your first steps when producing a new song?

Z: The first step is to get an idea, a thought, a cell. I don’t like songs that are just … well …. ” a song “. A song has to have an idea, it needs to be MAGIC! Â If it’s a remix the first step is to load in all stems and thinking about what direction you wanna go. I usually just listen to the tracks several times and try to find a structure in my head and to arrange it already. When it gets to the “production” part I love to have the song structure and some ideas already in my head so I can just get them into my computer.

EO: From a production standpoint, how the hell do you achieve the heavy, driving, massive sounds we’ve come to associate with Zedd?

Z: The sound you mention consists of 3-5 different sounds playing at the same time. Each of them has 2-4 soundlayers in it. This way it usually is not just 1 bass, or 1 lead but a whole “army of sounds” pushing it to the top! All of those sounds play an own role. One is responsible for the sub-frequences, 1 needs to give it a crunchy, crisphy attack, 1 of the sounds I use often sounds like an electric guitar which gives a nice warmth to it etc.

EO: Zedd, you once said “even if it sounds mean, I think the problem in the electro music scene is that lots of producers arenâ€™t really musicians, just people who learned what they need to click to get â€œsounds out of their computer.” Do you think your music separates itself from the rest of the scene?

Z: I can’t say if it seperates from the rest, this people have to decide. I just try to seperate from music that does just have “sounds” in it without a real idea. Of course my music is absolutely inspired by other artists doing the same kind of music as I do, such as Wolfgang Gartner, Lucky Date, Skrillex and many many more so I wouldn’t say it completely seperates from the rest.

EO: What platform do you use to produce? Do you have any tips for young producers just starting out?

Z:Â I use Cubase 5. A cool trick to gain the loudness of a track is to use a limiter in the outmix of your project. It doesn’t have to be a strong limitation but this way you can easily get a high volume without paying an expensive mastering. ;)

EO: Now about your live setup, why did you choose the Vestax controller instead of the standard pioneer equipment?

Z: I was playing with the Vestax becasue a friend told me it was a good controller. I was dropped into the live DJing pretty fast after I had some own tracks and I didn’t even had much time to try it out before or think about if pioneers were better or not. At the moment I use the new Traktor Kontrol S4 and I really like it. I started with Traktor and I get along with it perfectly so I don’t really see a good reason to change to Pioneers, even if most others use them.

EO: You seem to be in the forefront of this whole “complextro” movement. The amount of layering in your songs is truly remarkable. How do you make it all come together & sound good?

Z:Â This is actually the hardest part. I remember there was a guy writing me a message saying that he loves my music and that he tries to do the same thing as I do: “Putting as many samples into a song as possible”. I must say that he didn’t get the point of what my intention is. It is not putting in as many sounds and samples in a song as possible, it’s about having lots of interesting sounds playing “their role”. All sounds have to make sense and be part of the whole thing. It’s not made by just randomly putting in some synths shots. Most of the time I spend on such a “complextro” track is finding the right sounds. Even if I found excellent sounds sometimes they just don’t make sense in the whole thing.

EO: What is it like to work on Skrillex’s tracks and do you two plan on creating an original track together?

Z: It was and is amazing to work on remixes for Skrillex. I absolutely love his stems and it is a huge honor to get my fingers on them. Yes – Skrillex and I will be doing an original together. We actually already started a track once but I’m not sure if we will stick to it or start from zero when we finally find the time to do a track. Skrillex is superbusy at the moment since he’s taking over control over the world! haha…

EO: I know Klaas and his remix of the Guru Josh Project song â€˜Infinityâ€™ influenced you. Who are your influences now that you have asserted yourself as a legitimate producer?

Z: Of course “Skrillex” is a great influence, such as Lucky Date, Felguk, the Swedish House Mafia crew, Wolfgang Gartner and many many more.

EO: Who are your current favorite artists?

EO: When can we expect to see a set from you in the US? We are dying over here for some live Zedd!

Z: I’ve confirmed 2 shows in May in Seattle and Portland but I’ll probably be able to play another show in March already. If u’r a promoter hit me up. :)

We want to thank Zedd for taking the time to answer these questions. For more info on Zedd you can visit his music pages for the latest updates & show information:

NEW Afrojack music for you folks. Don’t get your panties in a bunch, it’s a pretty modest remix from Nick in my opinion but…