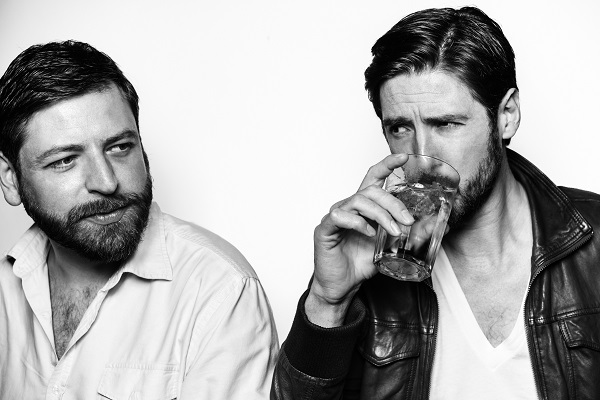 We recently caught up the the German duo known to most as Moonbootica. They have been turning heads and moving feet for over a decade now and show no sign of slowing down. They recently released a new album ‘Shine’ to prove the point that double the brain power means double the creativity. Make sure to check out their new mini-movie for the album.

ElectronicaOasis: Describe what it’s like to be a duo opposed to being a single producer? Do you feel that gives you guys an advantage and sometimes maybe a disadvantage?

Moonbootica: Both. Sometimes things are better without compromises, but on the other hand, a duo means double creativity and double skills, which is ultimately double the power!

EO: Tell us about your new album ‘Shine‘, what inspired you guys for the direction of it?

Moonbootica: Actually it’s a blend of our daily experiences in the club and our personal taste. We really love music and listen to new stuff all the time. All that great music inspires us and we have finally reached a point where we felt ready for a new album.

EO: How did you guys arrive at releasing an album over singles. What are the benefits of an album?

Moonbootica: We simply have more to say than one club track after another. Sure, electronic club music is our core business, but there is so much more to explore and we enjoy music that would never find a place nor reach an audience, unless it was on an artist’s album. We love to tell stories and it feels really great when you come out with an album that has multiple tracks that you’re proud of. When the story unfolds and you realize “Wow, this works!”, it is truly a ‘Shine’ moment!

EO: You guys just teamed up with Jonathan Johnson Jewelry & Typeholics to give an exclusive jewelry collection? Is this the second coming for you guys?

Moonbootica: Haha, I mean why not? Anything is possible and the sheer opportunity of creating something great really thrills us. It’s all about making things happen! We love working with cool & creative people and the transition from imagination to reality can be a blast. I’ve held this chain (from our cover) in my hands and I was really proud of it. Even more so than what we felt after we finished working on the album, because it was that missing, additional piece. Now with the chain, artwork and music complete, we have our final masterpiece!

EO: Any plans in the works for a US Tour?

Moonbootica: We’re really hoping for a US tour this fall. We’d love to come over stateside!

Want to find out more about Moonbootica?

As Pete Tong said when he introduced Eats Everything’s live Essential Mix last year, there is something brewing in the south west of England….