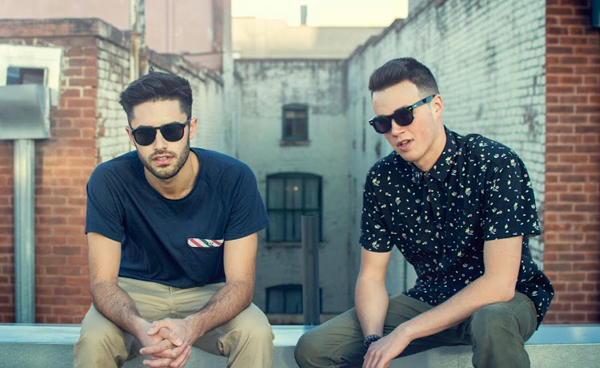 Rising out of the diverse, rich and burgeoning music scene that is Denver, Colorado comes House duo Need & Necessity. A calculated product of two like minded artists – Ross Kiser and Matt Friedman – both of whom carry impressive traditional music backgrounds, The Mile High City’s preeminent underground deep, techno and house duo have created a ripple effect of buzz, shining on as a vital piece of a growing and competitive club scene.

Electronica Oasis: How would you describe your sound to someone that has never heard N&N before?

EO: Are there any upcoming shows you’re most excited about? What has been your favorite place/show to play in the past?

Matt: We’re beyond excited to play Denver’s newest music festival, Cloak & Dagger. It’s something that our crew has been working hard to make happen for a while now and it’s finally coming to fruition. We get the chance to play alongside some top-notch acts that we’ve been heavily influenced by. (HOMEWORK, Midland and Justin Martin to name a few).

Ross: As far as favorite show in the past? Getting to play at WMC this year was something special, but there have also been countless amazing shows we’ve gotten to do in Denver in the last year. Playing with George Fitzgerald and Duke Dumont were definitely two stand-outs, along with Snowball Music Festival this past April.

EO: What are three tracks right now that you’re playing out that really gets the crowd moving?

Matt: Kim Ann Foxman – Let Me Be The One (New York Club Mix)

EO: Did you guys know each other before N&N started? How did you guys meet?

Matt: Before Need & Necessity came to fruition, we were both doing our own projects, Ross was playing tech house and I was playing disco and funk. We met at school in Boulder, CO our sophomore year and started throwing house parties and raves together. Eventually we sat down in the studio and started figuring out Ableton and the nuances of dance music production, which eventually spawned Need & Necessity.

EO: Favorite thing to do (Not music related)

Matt: Snowboarding is a huge things for me in the winter, and a big reason I came to Colorado from the east coast in the first place.

Ross: I’ve been a big rock climber since grade school, and climbed competitively on the world circuit in high school. It’s still a big passion of mine and something that I enjoy doing whenever I have the time.

EO: What’s in the pipeline?

Matt: We’re really excited about what we have going with our Denver crew and the Night Supply label. We’ve been releasing music for free for about a year now under the Night Suppy name, and now we will finally be releasing new music through Beatport distribution. Our next release comes from Keepers. which will be our first release through Beatport.

Ross: As far as N&N stuff, we have a lot of music slated to be coming out in the next few months, most of which will be released through the Night Supply imprint. We’re really excited about some collaborations we have on the horizon with some amazing artists; MOSIS and Doug English to name a few.

EO: If you could play at any festival which would it be?

Matt: Movement festival in Detroit, hands down. The city has been a kind of mecca for Ross and I the last few years, and I think closing out a night at that festival on the Beatport stage would be pretty incredible.