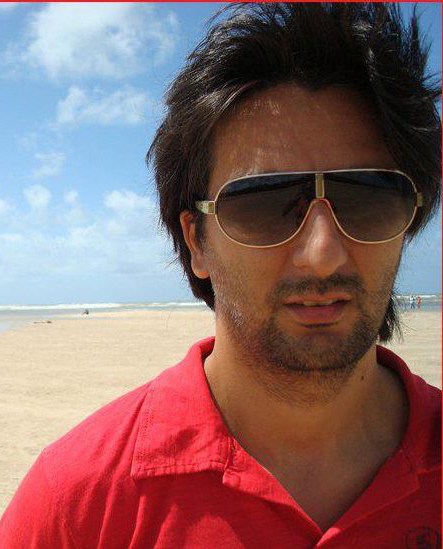 The boss over at the budding NuDisco label, Erase Records, goes by the alias of Wasabi. He’s been producing hits for nearly a decade and now is bringing artists such as Vanilla Ace and Sugar Hill along for his funky ride. We had fun asking him some serious questions that were on everyones’ mind. Erase Records was recently awarded ‘Best Indie Dance Track’ at IDMA in Miami this year, thanks to Sugar Hill’s production ‘Feeling For You’. We are excited to support this label!

Electronica Oasis: Give us a little background on how you got started producing music.

Wasabi: I started collecting records at a very young age. At that time, I could only listen to them in my bedroom and play for a few friends. I was into the music as just got in the first raves and felt that amazing experience! After that I started being evolving with productions with an old computer Amiga I had bought!

EO: What is your favorite snack to eat in the studio?

Wasabi: I love turkey sandwiches in whole-wheat bread and I also have some chocolate and iced coffee.

EO: Do you prefer liquor or beer when you’re playing a gig?

Wasabi: I usually drink beer, but in open-air venues I prefer frozen cocktails.

Wasabi: Well, in my country the options are pork gyros and chicken gyros. I dig chicken.

EO: In Europe they put french fries in Gyro’s, is that the norm?

Wasabi: Gyros sandwiches in Greece look like a bomb. So, it goes like this: pita bread filled with gyros (so much that pieces of gyros fall around the plate), plus French fries, tomato, onions and some sauce like tzatziki (yoghurt, cucumber, garlic), mayo and the like. It’s delicious!

EO: Name three tracks you’re into right now that gets ANY crowd moving.

Wasabi: Definitely Sugar Hill’s ‘Feeling for You’ is still hot out there and moves everyone in the club! Second one is our new bomb with Vanilla Ace and Sugar Hill, ‘Disco Shit’ which I have played many times and rocked the place. And the last track is one from James Silk with his latest big single on Erase Records, ‘Grind EP’!

‘Cthulhu Dreams’, the partner and unofficial relative of ‘Cthulhu Sleeps‘ (songs can be related right?) was released about an hour ago on the mau5’s…