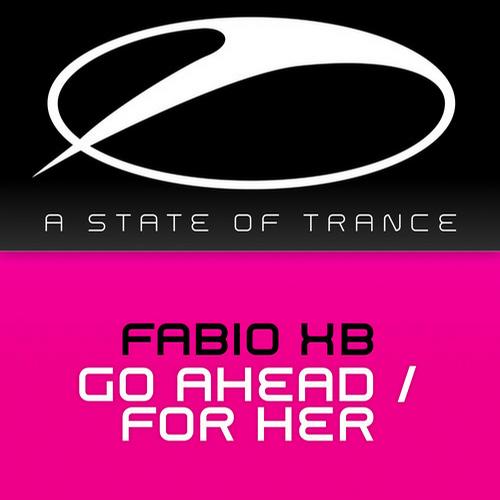 This week, released under Armada‘s ASOT label for the first time, Fabio XB bestowed upon us his ‘Go Ahead/ For Her’ EP. At first listen, it is immediately evident why Fabio fits in with the rest of the ASOT crew, delivering the “Trouse-y” big-room chords and bass consistently heard.

‘Go Ahead’ kicks off with a solid, grinding baseline, broadcasting an underlying layer of filth (the good kind!) just before easing up for the piano solo that introduces the song’s core melodic rift. This loop is mirrored once more before the synth takes over, mimicking the piano around the 2:40 mark. The chords conveyed at this point, sound extremely similar to other songs incorporated into past ASOT sets and also share similar characteristics to Fisherman & Hawkins’ ‘Apache’ (check out ‘Apache’ at 4:00 mark- shockingly similar!), released under Markus Schulz‘s Coldharbour Recordings. While ‘Go Ahead’ will probably be featured in sets, the song’s uncanny familiarity is slightly disconcerting and it does not entirely feel like a new track.

The second track on the EP, ‘For Her,’ also features familiar Armin-friendly sounds; however, it is done so in a beautifully artistic way, communicating the track’s romantic undertones. The track’s glitchy introduction prefaces an orchestral build up that bellows its heart-felt essence. The song’s grandioso crescendo gradually takes us to the climactic synthesized rift and then decrescendos to a minimal exit. Fabio effectively layers and navigates the track in such a way that it outshines the production of ‘Go Ahead.’

Out now on Calvin Harris’ Fly Eye Records, dBerrie has teamed up with Zen Freeman to release ‘Switch’. This track is huge, flat out….