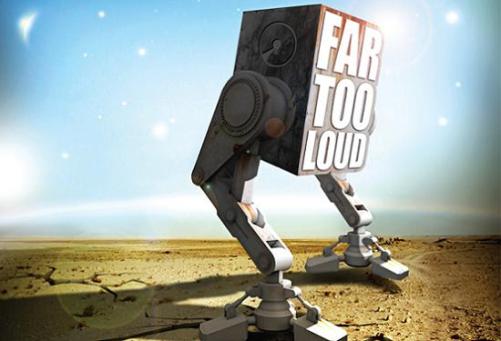 In the world of electro-house, there are the repetitive, analogous club anthems, and then there are the face-melting aural assaults of Far Too Loud, a UK based producer whose sound is as undeniably distinct as his robot-infused graphics. Oliver Cash (as his mother still probably calls him) has been destroying dancefloors since 2005, making a name for himself with massive, dirty electro originals, as well as remixing for the likes of The Chemical Brothers and The Crystal Method.

Today he released a free download of a promo he completed for Cable Club in London back in June, which really highlights his â€˜high-energy mix of aggressive funk, big basslines, crazy edits and detailed productionâ€™. Do yourself a favor and download it, as well as maybe everything else he has to offer. Yes, he is that good.