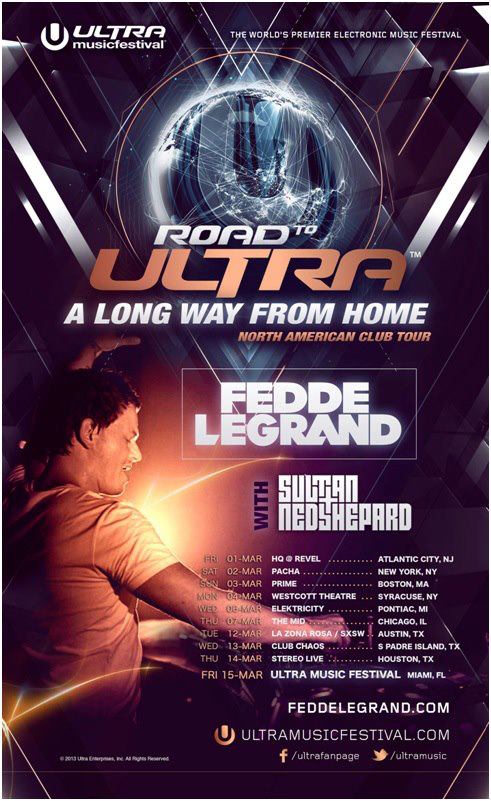 Ultra Music Festival is undeniably one of the biggest festivals in dance music today. Ultra is set to take place over 2 weekends this year, with arguably one of the most stacked lineups in the history of the festival. As the first weekend of UMF is a mere three weeks away, Fedde Le Grand is teaming up with Sultan & Ned Shepard as they embark on the ‘Road To Ultra: A Long Way From Home’ North American Club Tour.

The tour is set to begin on March 1st, and will run all the way until March 15th, which is the first day of Ultra. The tour is set to make two stops in our area, the first being the kick off date (March 1st) at HQ @ Revel in Atlantic City, followed by Pacha NYC on March 2nd.

In addition, Fedde Le Grand recently remixed the track ‘Glowing’ by Nikki Williams in anticipation of UMF. The track features signature elements that FLG has brought to the majority of his productions over the years, as well as powerful vocals which fit the remix perfectly. This high energy track is sure to be dropped throughout the tour, as well as the final destination, Ultra.