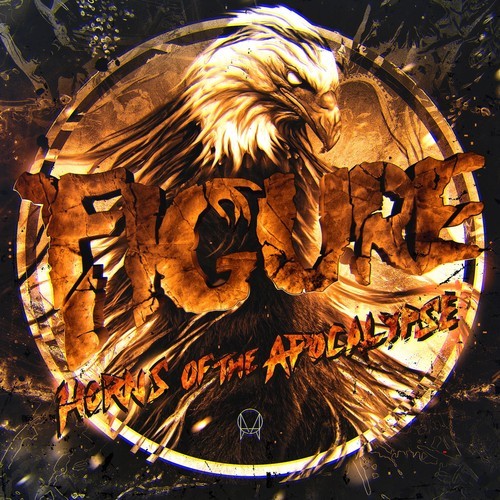 OWSLA has been pumping out Beatport chart topping releases recently. I Am Legion and Kill The Noise both had huge releases this month and now their label mate Figure managed to crack the Top 10 with his latest release titled ‘Horns of the Apocalypse’. This might be a bit patriotic but have you noticed the amount of quality heavy bass music coming out of the US? Skrillex might have kicked in the door but now we have producers across the country making waves in the crowded world of dubstep and drum & bass.

‘Horns of the Apocalypse’ brings us some of the heaviest tracks we’ve heard in a while. The first track, ‘Beast Mode’ featuring Del The Funky Homosapien satisfies all the hardcore dubstep fans with it’s aggressive bassline while also fitting in some glitchy tempo changes. While he also appears on the 4th track ‘War Call’, which is also an in your face bass machine, we have to ask where did Figure find Del The Funky Homosapien? Though he sounds great on both tracks we’d love to hear how that idea came up. Figure is a serious force right now and puts on a hell of a live show whether its’s at a festival or in a club. Figure closed out the Bass Pod stage at EDC NY playing in the same time slot as ATB, Headhunterz, and Richie Hawtin. If facemelting beats are your thing be sure to catch him playing alongside Crizzy December 13th at Webster Hall.

Last week Markus Schulz gave the young star from Colombia, KhoMha, a 30 minute guest mix on the Global DJ Broadcast. If you aren’t…