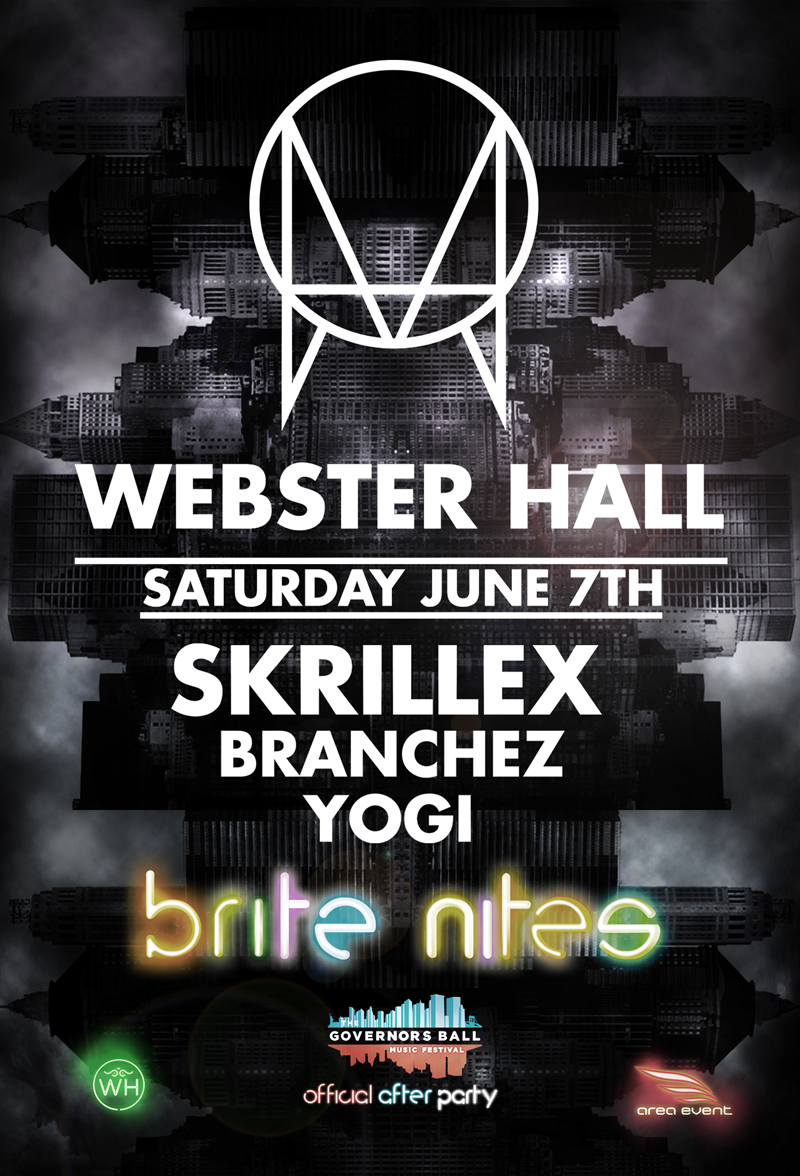 It is becoming apparent that the dance music community acts (and reacts) quickly. One minute you’re minding your own business searching the web, next minute your favorite artist announces he’s performing in your hometown this weekend, and tickets are already sold out! Though that may sound like a dramatic over exaggeration, it really isn’t. Today one of the hottest producer/DJs, Skrillex, [barely] announced that he would be performing at the official Governors Ball After Party at Webster Hall as a part of this Saturday’s installment of brite nites. Tickets sold quicker than ice in the desert, but there are still other options than general admission, including VIP and tables (info here).

Back in 2012, Skrillex was the hottest man in the industry. He performed at every major festival/club, won six Grammies in two years and was getting asked to sell his songs to be featured in blockbuster movies. After stepping out of the limelight in 2013 to focus on his Dog Blood collaboration with Boys Noize, Sonny is ready to recapture the masses in 2014, and he is already off to a great start. His album, Recess, was well received by almost anyone who heard it, he again is headlining almost every major festival this season (whether it be as Skrillex or Jack U (collaboration with Diplo)), he went on a HILARIOUS coffee run with friends Deadmau5 and Dillon Francis(who he is currently touring with, and just announced would be making new music with) AND he was asked to help score the new Transformers movie. When asked about his contributions to the movie Skrillex responded, “The craziest Skrillex sounds I can ever make.”
<3 :) Skrillex is hot again (very hot), which is great for dance music, because the truth is, he puts a comforting smile, and a great attitude on the face of an industry often shunned by society. The doors will open at 10pm, but don't expect him to be on that soon, he does have to finish his set at Randalls Island, and trek all the way over to Webster. As always it's 19+ to party, and 21+ to drink.

UK native Chicane is currently in the process of releasing his fifth album ‘Thousand Mile Stare.’ In this album, Nick Bracegirdle joins forces with…