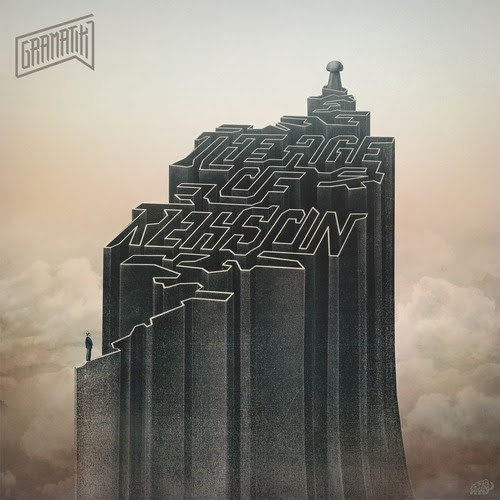 After a year long hiatus from a full-length release, Denis Jasarevic aka Gramatik makes a strong return with his The Age of Reason LP. Released in conjunction with BitTorrent, The Age of Reason is available for free download in a bundle that includes 15 new tracks, two music videos, tour photos, album art and more.

The Age of Reason encompasses a blend of samples and live instrumentals so diverse that it remains distinguished from other comparable works. Gramatik harmonizes elements of soul and blues with rock and hip-hop, by way of dubstep and electro.

Easing the listener in with ‘Brave Men,’ we settle with a familiar album intro before all hell breaks loose in typical Gramatik style. Channeling the iconic dubstep swirl with a soulful sample courtesy of Eskobars, Gramatik sets the tone for the next 14 tracks to come. Whether it be the rock rhythms of ‘Torture,’ the electro-swing splices that equip ‘Expect Us’ or the frenzy of electronic synths found in ‘Bluestep,’ no track bleeds into another and not one fails to stand on its own two feet.

Gramatik was not alone in the making of The Age Of Reason. An all-star cast of collaborators gathered for Gramatik’s first full release on his own Lowtemp label, with the likes of Gibbz, Orlando Napier and Exmag, Gramatik’s own funk collective, on board throughout.