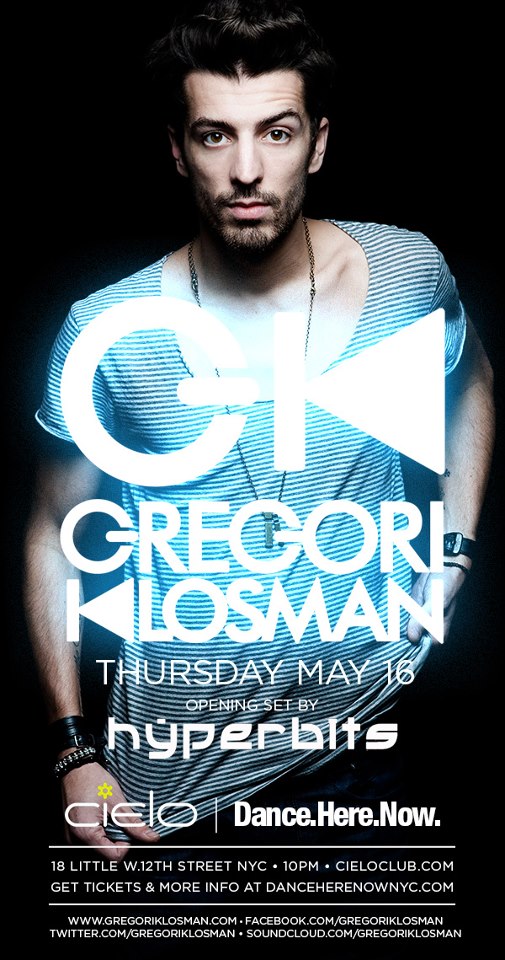 In 2012 New York City had a serious case of Klosmania; He played in NYC four times. He opened for Chuckie at Pacha in April, and then a month later headlined the same stage. Last August he headlined Cielo. Then in October he opened for Dirty South, and Mord Fustang at Roseland Ballroom. Unfortunately, we weren’t able to see him once, and because of this, we’ve been worried we might not get to for a while. Thank god he has large fan base in The Big Apple, because he is returning to headline at Cielo next Thursday. Cielo is a venue Klosman is familiar with having headlined a night last year, but since the club has been awarded “The Best Sound System America” by Beatport. Mix that with the high production value of his electro-infused, house bangers like “Low Battery” and “Minibar”, and the result is nothing short of epic.

Lucky for you, we’re giving away 2 tickets and signing up is easy, just fill out this form (here) and make sure to follow us on twitter and share this with your friends for bonus entries. If you’re not feeling lucky you can purchase tickets in advance (Purchase tickets) We will announce the winner on Wednesday night.

Steve Aoki has proven time and time again that he is one of the premiere DJ’s, businessmen and producers. However, Steve is not only…