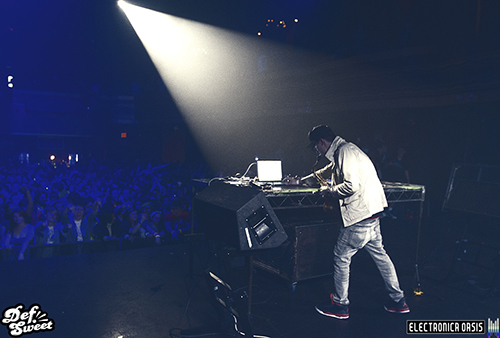 It’s no mean feat to be one of the best parties on Fridays in Manhattan week in and week out, but Alex English and the GBH crew make it look easy. On April 5th, Webster Hall played host to the incredibly talented musician Griz as part of a tour supporting his album Mad Liberation. Click that link. Seriously. The whole thing is free, and it’s incredible. 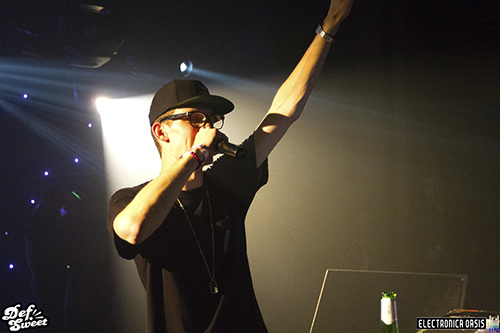 If you want the background on the young homie check out our preview here. This story right here is about his performance. Listening to his set you can tell that he’s a technically accomplished DJ and he certainly has an instinct for the theatrical. He knew when and how to get that crowd to exactly the energy level he wanted. Also known as Grant, Griz plays with more than just a laptop and mixer, working an MPC32 and of course his signature saxophone into his act. They’re not just toys for his live work though, all these sounds, especially the sax and anything else funky permeate his art. His penchant for hip hop, soul and funk should come as no surprise considering the fact that he’s from Detroit, a city famous for just that kind of sound.

He opened with his just released track “Gettin’ Live” a funk filled journey into the land of dubstep, glitch and wondrous familiar sounding hip-hop samples fused with melodic horn sections. Through the night he played mostly his own music with a lot of the material coming from Mad Liberation and his back catalog, so to speak. We hope you’ve been downloading the album while reading this so when you get to end and it’s finished you can listen to some of the cuts he played like, “Mr. B” featuring Griz’s fellow saxaphone virtuoso homie Dominic Lalli from the astounding Big Gigantic. A glitch inflected, piano-based, electro-soul adventure, it’s one of the best on the album and that’s saying a lot considering the amazing compositions it’s surrounded by. 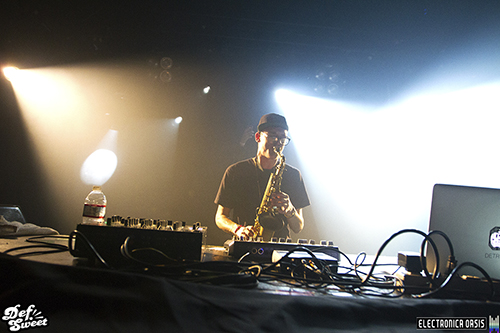 It’s rare to a find a performer so multi-talented who can do so much by himself. It’s even more wild to imagine what it’s like when he’s working with others like his collaborations with Gramatik under the joint moniker Grizmatik. Speaking of Gramatik, he’s coming by Webster on May 3rd so get your tickets here, and get ‘em fast.

Griz’s show made that ballroom feel like a big party filled with a happy energy. Not to go get too hippy on all of you, but the young producer on that stage left that room full of great vibes and positivity. He’s touring relentlessly for the next few months and you can check the dates on his website, so you can make sure you see when when he rolls through your ‘hood.

Check out more of our photos (here) and make sure to tag yourself! 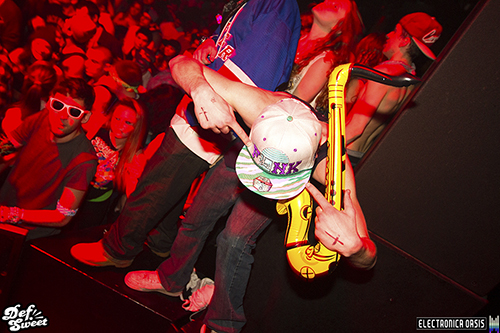