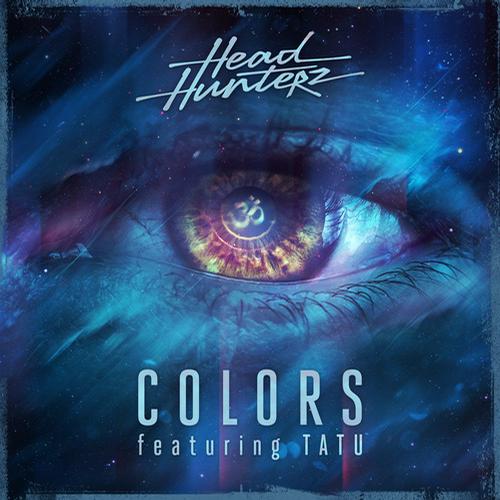 For his new single, ‘Colors,’ Headhunterz teamed up with Tatu to deliver the pounding bass, synthesized chords and catchy lyrics that amass to an upbeat Hardstyle track. Released under Ultra records, the underlying symphonic melody that opens the track sounds much like the high pitched chords in Headhunterz’ remix of Kaskade‘s ‘Lessons in Love.’ With ‘Colors,’ Headhunterz builds us up to Hardstyle’s unmistakable cutting bass line before breaking away to showcase the unique, rapturous vocals of Tatu.

Headhunterz utilized optical imagery for his release cover and video, playing up the song’s thematic elements of vision. The video further emphasizes the track’s entrancing ability, taking viewers on a spiraling journey through an eyeball into a vortex to the abyss.

Kicking off in Philadelphia on September 19th, Headhunterz’ ‘Explode’ tour will makes its way across the U.S. and Canada. Notorious for making unannounced appearances at events (such as at this past year’s EDC LV), speculation has begun as to whether or not Headhunterz will be paying TomorrowWorld a visit. TomorrowWorld posted a photo to their Facebook page the day after ‘Colors’ was officially released that is peculiarly similar to the image Headhunterz associated with his new track. Could this be alluding to his appearance? We will have to wait and see!

Swanky Tunes, Peking DuK, & James McNally – You Are Like Nobody Else

The Russian duo Swanky Tunes have teamed up with Australian Producers/DJs Peking DuK to form a catchy and uplifting track , ‘You Are Like…