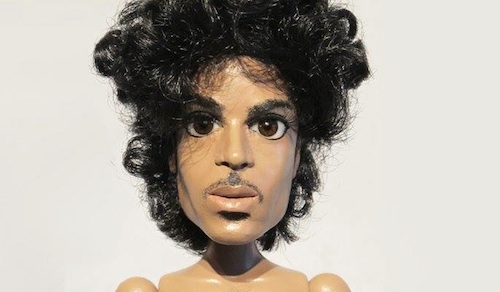 Well, the secret is out. Output that is. It’s the club to dance at no matter your shape or size. This past Saturday, it comes as no surprise that people arrived in the masses. They came to enjoy one of the best sound systems in the country and the breath-taking views of the Manhattan skyline. Oddly enough the Williamsburg hot spot had a bit of a makeover this past weekend when the DJ booth was transported to the opposite side of the dance floor. What was once a GA area, turned into a beat laboratory Saturday night. This change up gave people on the ground floor a different vibe than what they were used to, being nearly face-to-face with the artists. Usually the DJ is elevated/isolated whereas this weekend people on the second floor were able to get an amazing bird’s-eye view of the music being mixed.

The Get Physical label showed off two great artists in their arsenal with M.A.N.D.Y. rocking the house in their typical Berlin fashion and Just Be closing out the night with a phenomenal set. M.A.N.D.Y. prepared the sea of party-goers for one of the most sought after artists in the underground scene. This is the year of Hot Since 82, an artist who’s new compilation, Little Black Book, is dropping later this month which features original productions and remixes for Rudimental, Green Velvet and Shadow Child. The compilation is being released on Moda Black/Ultra Music. He is currently on the Little Black Book North American Tour going back and forth between the US and Canada in anticipation of his new album. ElectronicaOasis was fortunate enough to catch up with Daley Padley aka Hot Since 82 on one of his days off. This was DP’s first time back in NYC since 2006.

Electronica Oasis: Tell us about your festival experiences.
Hot Since 82: Dutch festivals are really well organized. You get treated very well. They do it right. For instance at an indoor warehouse show the counselor will come around with a thermometer and measure the temperature inside. If its too high they’ll stop the party. Attention to detail, little things like that which really matter. I recently played at Creamfields and I’m from that neck of the woods. So that was pretty cool, ya know? Right at your doorstep and its been going on for such a long time, its such a big festival. I’ve actually never been there, nevermind played so that was great. The boys got to come with me as well, we had such a good night. I was playing in Pete Tong’s tent. I played after Sasha and before Pete, so it was really nice to be sandwiched between two legends.

EO: When you’re not playing music what are you doing for fun?
HS: The spare time that I get, if I’m not in the studio..love going to restaurants with my girlfriend. Love to hit the cinema. I’m a massive movie geek. Just generally like to do simple things like lay on the couch and watch TV. Sounds shit, but simple things matter right now. It’s about relaxing and catching up with friends and family, that’s the most important thing.

EO: What’s the last movie you saw?
HS: I watched Hitch on Air Canada yesterday, I’m a bit of a Rom Com fan. Why not.

EO: You liked it?
HS: Yeahh I loved it. I’m a big Sci-Fi geek as well though, Stars Wars and Tron all that stuff.

EO: What’s the weirdest thing on your personal rider?
HS: You know what? I’m very easy to please. I don’t ask for much. But I’ve heard of people asking for just the red M&M’s. I played a gig in Sheffield two weeks ago and someone told the promoter that I had to have pickled onion crisps. So I get to this show and there’s a huge table in the back of the DJ booth with at least fifteen bags of them! But the most important thing for me at the moment is this coco water you see me drinking right now, I don’t need to tell you about it.

EO: That stuff is life changing.
HS: It really is. Helps me on my travels when I get dehydrated. I feel like I’m endorsing this now, write to Zico for me.

EO: They need to come out with a Hot Since 82 flavor.
HS: Imagine that. *sips the coconut water* This is actually one of the best ones I’ve had all week!

EO: Is that just the plain one?
HS: Yeah!

EO: Any pre-show rituals?
HS: None whatsoever. I’m lucky enough to be playing these great shows so I’m always revved to just get cracking really. So like sometimes taking a nap before the show ruins me, I’d rather just stay up and do it. If you fall asleep, you’re in a foreign country anyway and then you get up and it does actually feel like work sometimes. I never want it to feel like that for me, I always just want to be a part of it. Yea, never try to fall asleep before a show, as tired as I am its better to stay awake.

EO: Who were your musical influences growing up?
HS: I’m a massive Michael Jackson fan. I think everyones gotta take some inspiration away from when MJ and Quincy Jones were working together. It was life changing for a lot of people. I have a lot of siblings, so growing up in my house I’d go into my sister’s bedroom and she’d have Madonna or TLC or whatever on. Then my brother would be playing some Marvin Gaye and Motown stuff. Go downstairs there’d be VH1 in the living room and then go in the kitchen, the radio would be on like BBC2. So for the first 18 years of my life I had this massive mashup of genres around me. I think it’s a positive thing to get into all types of music. I’m still like that now, you should see my Spotify I got some weird stuff on there. It’s pretty embarrassing but I’m easily pleased when it comes to music. I’m influenced by a lot of things. I’m quite a spiritual person so its not just music but also life thats inspiring.

There you have it folks. Daley Padley is the real deal. Not some evil mastermind trying to take over the world as one could imagine based off his alias. He’s in it for the right reasons. There to be part of the party, to fill you up with soulful vibes and take you on a deep melodic journey. Be sure to pick up a copy of his Little Black Book, it’s an absolute game changer.

Wolfgang Gartner – There and Back

We gave you the preview for this track last week and today is the release. New Wolfgang woooo! ‘There and Back’ is Wolfgang Gartner’s…