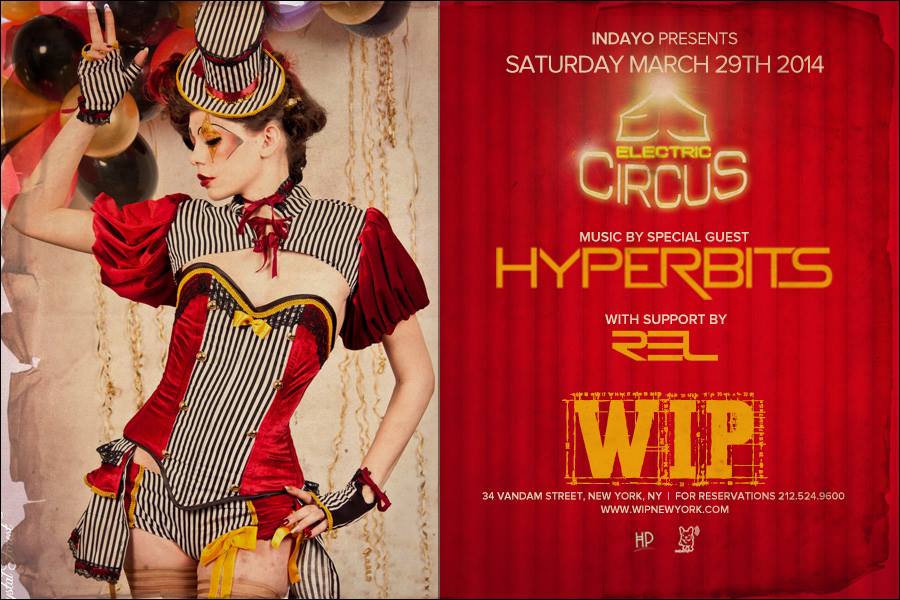 It was yet another rainy and miserable night in New York City—unless you were lucky enough to be in attendance at WIP (Work In Progress) for two awesome, energetic sets by Hyperbits and REL. They went so hard that the fire alarm went off.

That’s not a figure of speech—that actually happened.

REL lead off the night with a deep-house set that took the packed house on a journey through space and time utilizing a wide variety of tracks from a former Beatport #1, ‘Careless’ by Dusky, to one of REL’s original, unreleased tracks. Before he gave up the keys to the booth, REL transitioned from Deep House to Big Room for an epic, bass-thumping 30-minute pump up before Hyperbits that had the crowd jumping through the roof.

Hyperbits took over and kept the energy up with a superb two-hour set that unleashed his unique progressive-indie sound with a few big tracks sprinkled in for good measure. One of those bangers was a recent remix release of his, ‘Eye of the Tiger’. Using some material from his phenomenal Valentine’s Day Feels Mix, the crowd raged at the foot of Hyperbits’ alter—especially when he boldly dropped Deadmau5’s legendary electronic masterpiece, ‘Strobe’.

The REL-Hyperbits tandem used lots of musical diversity, employing songs from a range of genres. The result of their music, however, left all WIP patrons thinking the same thing—RAGE or go home!