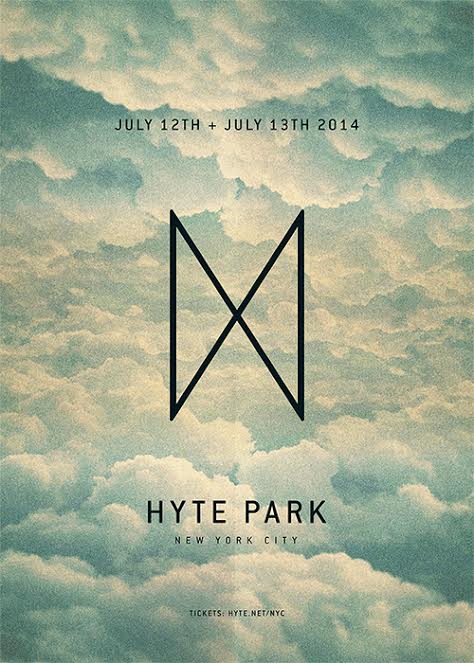 On a weekend in New York City with the World Cup finals taking place, a Phish concert at Randalls Island, and possibly the most beautiful weather of the summer, it is easy to overlook the small music festival going down in the middle of New York Harbor. Hyte Park, a two-day, two-stage, all techno festival, stormed the sandy shores of Governors Beach Club last weekend, yet as under hyped as it was, it was a weekend to remember.

Saturday, July 12th, was when this Pacha/RPM sponsored event began, and start to finish it was filled with some of the best active techno artists. We arrived a little later than we hoped, but were still able to see some of the best acts of the day. Radio Slave was manning the decks when we arrived, and the UK native was one of the more entertaining stops on our two-day techno journey. tINI, who was sitting at the top of our “must see” list for the weekend, took her turn next. We saw her at Mystery Land over Memorial Day, and we weren’t blown away by her set, so we were excited to see what she had in store for a tech-junkie filled city like New York. She did not disappoint. In fact, tINI possibly had the best set of the weekend. Going from dark and deep, to upbeat and melodic, she told a musical story to the crowd, and left them wanting more as she walked off stage. Around this time the sun began to set which set the stage for the techno titan, Loco Dice. His two-hour set was one of the best displays of DJing we have seen to date. After speaking with numerous attendees in the crowd, people couldn’t tell if he was on for 20 minutes or 20 days; Everyone just lost themselves in the beat.

Day two was also stacked with amazing talent, which was started off with the two youngest upcoming techno DJ’s, Pan-Pot. This German due, on the verge of their home country’s World Cup victory, put on a set that would have made their countrymen as proud as winning the match. Next up was one our all-time favorite DJs, and easily our most favorite female party-starter, Nicole Moudaber. This techno goddess, and everyone on Governors Island, was feeling the vibe and dancing in unison to every track she laid down. As her set came to a close, it seemed as if she had everyone in attendance worshipping the Queen of Drumcode. Last, but certainly not least was the man everyone came to see, Chris Liebing. Good lord did he bring the house down. He was the definition of deep that night. Some people we know still haven’t stopped talking about is set.

Hyte Park was an amazing experience, and shows that even though the mainstream “EDM bubble” is getting ready to pop, the underground techno scene is alive and strong. It was a beautiful weekend without a single piece of kandi in sight, and amazing beats flowing all around. There is only one word that can describe Hyte Park…proper.

#Occupynightlife and Sleepy & Boo’s Basic have joined forces to bring us the label head of Rawthentic, Carlo Lio, for what seems to be…