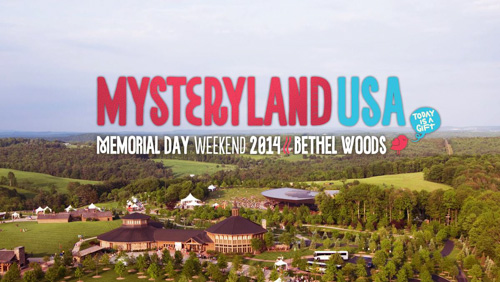 ID&T is the company behind the legendary Tomorrowland and Sensation festivals. Next year, they will be bringing one of the oldest electronic music events, Mysteryland, to the U.S. The originally Dutch festival has been selected by the Bethel Woods Center for the Arts as the first large-scale modern festival to be held in the same fields where hippies flocked to Woodstock in 1969.

Bethel Woods chose Mysteryland because they believe the festival’s unique and welcoming atmosphere, one that encourages creativity and positive experiences, reflected the original Woodstock values that made the event so special and historic. “We chose ID&T’s Mysteryland brand as the first modern era festival on the hallowed grounds for its belief in many of the same principles as our own organization. Creativity, unity, social responsibility and a focus on the “experience” of the guest. We are delighted to be working with an experienced festival creator and an organization of such high core values.”

The festival will take place over Memorial Day weekend next year and only 20,000 tickets will be released, in an attempt to create an intimate atmosphere different from other festivals, where attendance can top 100,000. You can sign up for their email list to receive news updates and get notified when tickets go on sale.

New Eric Prydz just released yesterday under his own label, Mouseville Records. Set to be the first of MANY releases for EP in 2011,…