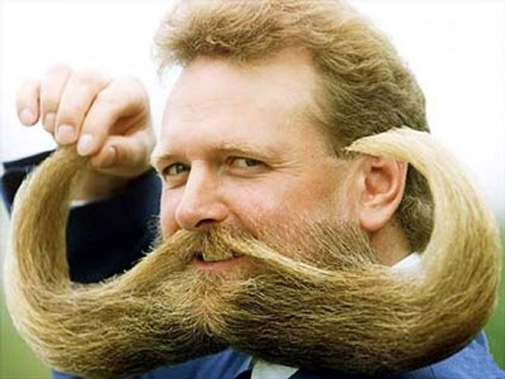 We’re gettin closer and closer to summers end, so I wanted to make sure that your end of summer stache’ had something to take him into Labor Day weekend and what better way than to start it with a Duck Sauce edit that’s a free download.

If anyone didn’t know who Bastille was before this track, now everyone will. Bastille released an edit of an unreleased Duck Sauce track, Radio. To me, Duck Sauce exemplifies IAMMM. I am also a Duck Sauce fanatic, though I was somewhat disappointed with Big Bad Wolf. Yet this song, which was just released yesterday, is dopeness. It was released on Bastille’s soundcloud yesterday and is already seeing its fair share of hype and attention. I look forward to hearing the original Duck Sauce track but I can’t even imagine the filth the original might have.

I started listening to this Do You Believe original (the video is unsurprisingly hipster) sometime at the end of March and was pretty hooked. I had never heard of Poolside but know being Poolside is awesome and the song was too. I recently got my hands on this celestial remix from Goldroom.Â  Finding info on them was surprisingly difficult but when in doubt, they usually end up being a DJ from LA.Â  His soundcloud page has 3 originals, 3 remixes and a mix that are all worth checking out but if not, at least give this guy below a listen.

Poolside – Do You Believe (Goldroom Remix)

I’ve become more and more invested in the indie electro disco house scene or whatever you want to call it and one guy who gets tons of recognition is Justin Faust. Faust, if you couldn’t tell by his last name is a German DJ who isÂ  known for dropping the floor with his blend of rich, energetic, and synthy melodic electro. Girl Talk was a track that immediately grabbed my attention but I’ve heard many a remix that fits perfectly in that Nu-Disco genre that fits any party scene.

So I realized that now moving into the 3rd volume of this I’ve yet to share a Gigamesh remix with you all. I’m a huge Gigamesh guy and think that everything he touches becomes better than the original. His Everything In Its Right Place by Radiohead remix got me hooked and I’ve been keeping up ever since. Gigamesh lists himself as a producer in SeÃ±or Stereo & DiscoTech. That works for me. This Pumped Up Kicks remix in my opinion is the best of the batch.

For this last track, prepare yourself for something totally different. When I first saw the Skrillex remix, I expected some strange dubstep remix that I probably wouldn’t have enjoyed too much and man was I wrong. This Gabriell remix exemplifies that celestial synth and funk bassline that epitomizes the nu disco electro sound. I would be surprised to hear anyone say that they expected to hear the remix Gabriell has created. Anyway, check it out, links on the soundcloud site give a couple different download locations.

For a second time Electric Daisy Carnival will be returning to New York, and this year the event will physically be held in NY…