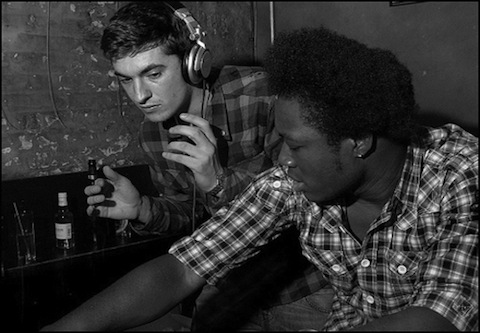 Since 2007, BBC Radio 1 has been running ‘In New DJs We Trust’, a weekly radio show rotating a set of DJs featuring all of the best EDM music. Notable hosts include top DJs such as Kissy Sell Out, Kutski, Jaymo and Andy George, Toddla T, Alex Metric, Chuckie, and a bunch more. Since last January, Skream & Benga have hosted the show every 2nd Thursday of the month. Personally, this is my go-to for the hugest tunes, new music, new artists, and laughs (because let’s face it, they’re the biggest jokers). Some great features of the show include ‘Benga’s Bangers and Skream’s Slammers’, World Exclusives, Show Jackers (where they jack another hosts’ feature), and Garage Shoutouts.

You can catch their show at 4PM EST today @ BBC Radio 1!

P.S. Starting in April, Skream and Benga will host their OWN show on Friday nights. Stay tuned for more info.

YES! After one of the sweeter previews that I have seen for a track and a wild banana/champagne filled pacha performance last friday, the…