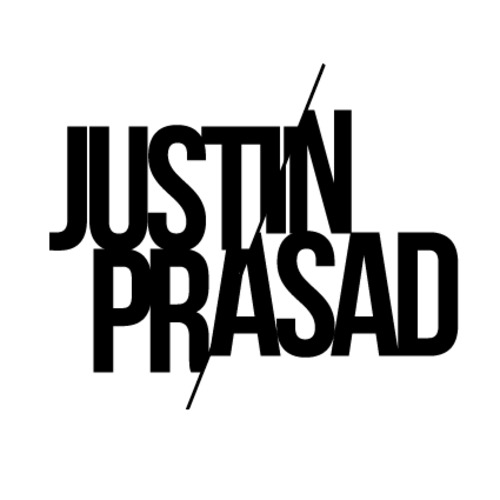 Each month we select a winner from our partnership with Indaba Music. This month’s winner is Justin Prasad who won our most successful contest yet with his track ‘Infidelity’. Justin is a producer in Canada, and is the co-founder of Blackout Productions Vancouver, which he does with a friend to tag team DJ weddings. He has been producing music for five years and DJ’ing for 6, which definitely shows in the tracks he sent us. Although Justin doesn’t plan on being big, if he continues making tracks like this and improving, 2014 could be a big year for him.

Check out our full interview after the jump!

Electronica Oasis: What first got you in to producing music? How long have you been producing?

Justin Prasad: A: My dad was a DJ back in the 80s in and around Vancouver. He bought me my first DJ controller at the age of 14 to DJ at my cousins wedding. after I started DJ’ing, a few friends from school recommended I try out FL Studio and make my own remixes. It took me about 5 years to learn how to use FL Studio. I never had any training on any DAW or anything music at all.

Early 2008, my friends introduced me to trance music. I started listening to a lot of stuff from Tiesto and Armin. I slowly started to understand the different elements involved and I figured I’d try making my own trance music. After a mountain of failed attempts, my skills started to pickup in 2012 after my Club Trance remix to ‘Climax’ by Usher & Diplo.

Electronica Oasis: What 3 tracks are you most proud of and why?

Justin Prasad:
1) ‘Lost In Paradise (feat Crystogenesis)’ which was released earlier this month with UltraViolet Recordings. This track ended up being remastered quite a few times before it was released. It started out from a different project that I was collaborating on with Crystogenesis. I was playing around with a guitar riff on that project file and ended creating a whole new track out of the same project file. The end product turned out a lot better than I anticipated.

2) ‘Hanging On To A Beautiful Monster – (Iridium+Blake Reary VS Ne-Yo)’ mash up that I did back in 2010. this track has almost 70,000 plays on YouTube and the two tracks just fit perfectly together. I took Ne-Yo’s vocals from ‘Beautiful Monster’ and edited a remix that came pre-loaded with FL Studio 9 (Blake Reary – Holding On (Iridium Trance Remix)) and combined the two tracks. The original project was actually a live recorded mix of the 2 tracks. I released a remastered version of the mash up a few months later.

3) ‘Don’t Go Away’ which was my first real trance track that got a lot of attention. I had this track in an earlier Electronica Oasis contest and it finished up in 9th place overall. This track was also featured on the Electronic Underground Radio Show/Podcast (as well as “Lost In Paradise”) which aired live in Santa Barbara on KCSB.

Electronica Oasis: Do you play any instruments? How long have you played them?

Justin Prasad: I play an instrument called a Harmonium. It’s an Indian style pump organ that gets played in temples everywhere. I also play the tabla and Dholak (Indian drums). I started playing these instruments back in 2003 when I was 8. I never really took any classes for these. I’ve had some family members get me started in playing, and sort of created my own style from there and trained myself. I’ve played live in front of large crowd (500+ people) and performed with it in a few talent shows. I also sing in Hindi along with these instruments.

Electronica Oasis: What artists influence your style the most and why?

Justin Prasad: Some key artists that really influence my style would be Armin Van Buuren, Daniel Kandi, Martin O’Donnell, & Michael Salvatori. Armin Van Buuren and Daniel Kandi have this unique style of bringing complex melodies together into a trance track. Armin also incorporates a lot of Classical into his productions. Martin O’Donnell (Composer for the Halo Soundtracks) has an amazing talent of combining rock with classical and making it truly epic. His work along side Michael Salvatori has become iconic in the video game industry. These artists go beyond a 4×4 beat and really work towards creating an atmosphere around their tracks.

Electronica Oasis: If you could collaborate with any artist who would it be and why?

Justin Prasad: I would love to Collaborate with Daniel Kandi on a track. Create an uplifting trance tune. He has an amazing talent giving people goosebumps with his breakdowns!

Electronica Oasis: Aside from synthesizer/drums/piano, do you have another instrument you prefer to use in your songs?

Justin Prasad: I’ve always tried to include a violin lead somewhere in my tracks, but I never had the right VSTs to do so. I’ve also been waiting to purchase a high quality microphone so I can record my harmonium and incorporate it into a track track. I also like working with acoustic guitars, as they bring in a whole new feel into a track just from their presence.

Electronica Oasis: What is your favorite thing about producing music and DJ’ing?

Justin Prasad: I love studying music. Listening hours on end to get ideas and experiment with them on my own tracks. I also love creating Mixes and transition between songs seamlessly. Keeping crowds moving and meeting new people is always great too! One of my favorite aspects in DJ’ing however is tag team DJ’ing. I work alongside my DJ partner (DJ BiGbOi) at events around my area. We shout BPM numbers to each other and mix seamlessly from two different decks live. calling out when to cut the bass, loop, cues, effects, and backspin into a new track. It’s challenging but extremely fun! We are actually starting up our own company called “Blackout Entertainment Vancouver” and we will be DJ’ing around at more and more events and things progress!

Electronica Oasis: What is your favorite thing about producing music and DJ’ing?

Justin Prasad: Hopefully I would be able to increase the amount of tracks I release and get them signed to more and more labels. I already have a bunch of tracks in the making which are due for release later in 2014.

One of our favorite groups out there right now. Hot Natured is an unstoppable force of musicians composed of Jamie Jones, Lee Foss, Luca…