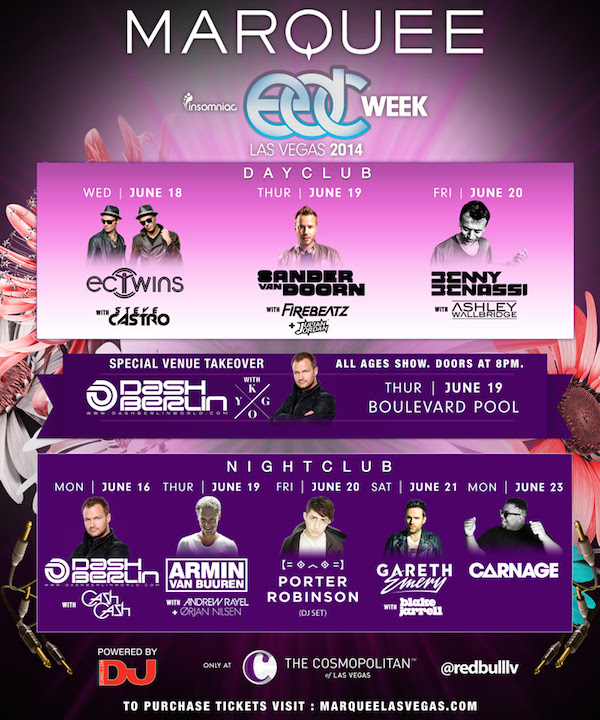 Insomniac and Marquee Nightclub & Dayclub have released the lineup for EDC Week, which is flat out ridiculous. If you want Trance, Trap, Electro, or Pop, it’s all there for you with this star studded lineup. Artists include Armin Van Buuren , Carnage , Kaskade and many more. If you are in Vegas for EDC, don’t miss out and head over to Marquee.

Sneaked in a little indie this week. Can you find it? Wednesday equals the weekend here in New York City, so go, children. Rave…