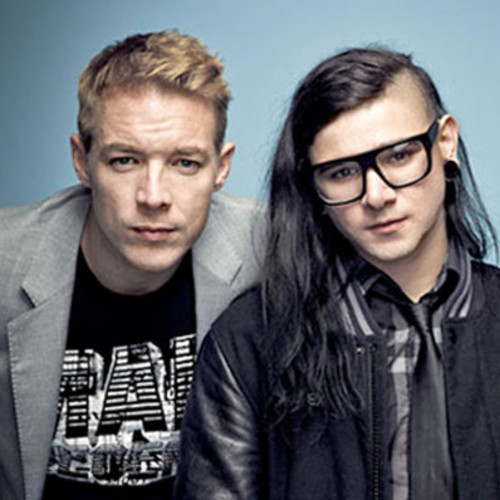 Move over Kardashians! There is a new duo that has taken Miami by storm. No one really expected it, and with [currently] 7,000 subscribers on Soundcloud, no one really anticipates or knows what to make of it. Super producer Diplo and Skrillex teamed up during Miami Music Week to present crowds at Ultra Music Festival with Jack-U. Skrillex has previously said he and Diplo will release five tracks this year from the project, which they debuted at the San Diego edition of Diplo’s Mad Decent Block Party in September. Nothing to date has been released; Miami in fact reminded us of the promise.

The question you’re asking, that any  electronic music enthusiast is pondering, is: What. Does. Moombahton/ Dubstep/ Complextro. Actually. Sound. Like?

In fact, their set began with ‘Dirty Vibe,’ a collaboration between Skrillex, Diplo and K-pop stars G-Dragon and CL from Skrillex’s newly released LP Recess … take a listen. What do you think?

The latest track coming off Filo and Peri‘s label ‘Lights N Loaded Records’ is quite possibly the best one yet. The New York based…